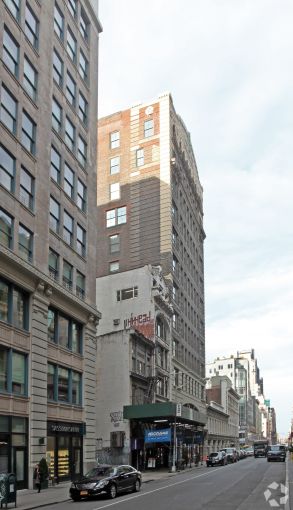 Dashlane, the company behind a password management app of the same name, will move its headquarters to 16,625 square feet at 44 West 18th Street, Commercial Observer has learned.

The tech firm signed a 10-year lease for the entire fourth floor of the 12-story building between Fifth Avenue and Avenue of the Americas, according to a spokesman for brokers Adams & Co. Asking rent was $75 per square foot.

Dashlane will move from its current offices at 156 Fifth Avenue between West 20th and West 21st Streets to its new digs in September, the spokesman said.

Adams & Co.’s James Buslik and Alan Bonnet represented landlord Forty Four Eighteen Associates in the deal while Marc Shapses of Savills brokered it for the tenant. A spokeswoman for Savills did not immediately respond to a request for comment.

“This space at 44 West 18th Street offers a flexible layout, new windows providing abundant natural light and top-of-the-line technology infrastructure that will allow the Dashlane team to seamlessly, comfortably collaborate and serve their wide variety of clients,” Buslik said in a statement.

Dashlane—which creates and stores online passwords—started in 2011 and has raised more than $100 million in funding since, TechCrunch reported. Earlier this month, it closed on a $30 million debt financing round.