CREtech’s Michael Beckerman: Get on the Tech Bandwagon Already! 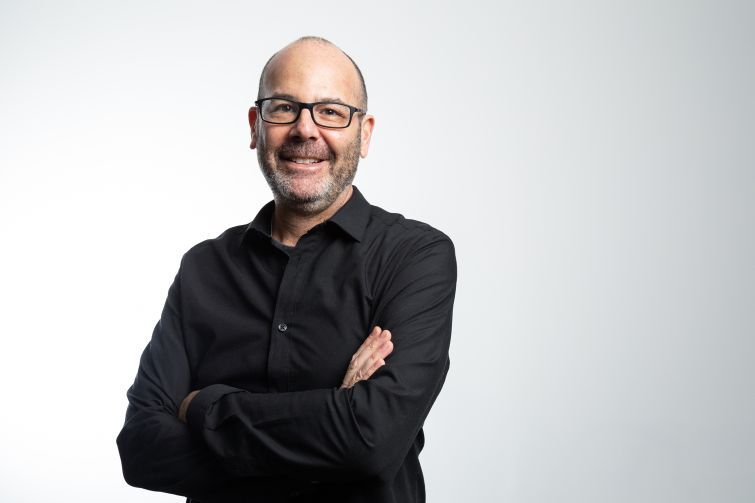 Everybody needs a cheerleader, and for commercial real estate technology, that’s Michael Beckerman.

The platform conducts research, shares industry news, holds tech events across the country and, overall, champions the hell out of CRE tech. And with 2018 showing $9.8 billion investment into real estate tech, it just might be working.

Beckerman recently stopped by Commercial Observer’s newsroom in FiDi and talked about real estate’s tech-adoption progress (or lack thereof), WeWork and what’s really getting him excited about the sector.

Commercial Observer: How did you get into commercial real estate tech?

Michael Beckerman: Around 2011, 2012, I was looking for the next blank canvas for me personally, and I thought it would be tech. So I jumped in.

My first site was called The News Funnel, which is a news aggregator, to help the industry source industry news more effectively. This entry into building my own startup took me down a couple roads, paths, and eventually led me to CREtech—which is now officially known as “cree-tech” by the way. My 13-year-old said it, and I was like, “Wow, that’s really good!”

I just sort of found myself as “the guy” that was trying to organize this ecosystem and this industry, so it organically came to me. I saw the challenges [of] getting the CRE industry to pay attention to anything tech [as something] I wanted to solve. It wasn’t some great plan or strategy. I know I should probably say it was, but that wasn’t really how it happened. I saw a bigger problem, and like the schmuck I am, I gravitate toward the really hard shit.

In terms of tech funding, what are you seeing now?

We try to focus most of our research on commercial. Some of it does touch a little on residential, but 90 percent of the focus is on commercial, which is now almost as large as the residential tech side—clearly an incredible achievement.

Adoption is something I pay a lot of attention to as well: Who is using these products and where can you see them and what companies are leading the way? I spend all my time with the three pillars of the community, which are startups—there’s about 4,000 now; the venture community, which there are probably hundreds of investors now; and then the corporates, the lead tech people at the large landlords and the brokerage firms, accounting firms, law firms, what have you.

It’s definitely maturing. You see it, you see it in the caliber of people, but we have a long way to go in terms of getting the adoption. We’re still lagging there. We need a professional class. We need scientists, engineers and young people to all want to join the sector.

Is that why it’s lagging? Not enough people in that industry?

I think it’s just slow to adopt. A typical meeting for me will be with a landlord, and they’ll say, “I know I have to do something with tech. I need to get involved.” And then it becomes, “Well, who? Who in my organization is responsible for it? I need to hire, I need to plan, strategize.” So a lot of what I’m doing is trying to help them plan, help them create some sort of infrastructure and plan to adopt tech.

What do landlords say they need this tech for? What’s the No. 1 request you get?

When somebody from outside the industry comes in, they say, “Well, why are you in CRE tech industry? It’s archaic.” And I say, “It’s not fucking archaic, O.K.? That’s wrong.” It’s an industry that’s created extraordinary wealth over the last eight, 10 years. It’s working fine.

Forget about flying cars, forget about blockchain, with all due respect to my friends focused on that niche. Focus on efficiencies within your organization. How do you get off Excel spreadsheets? How do you throw the fax machine out the window? [laughs] Seriously! There’re many ways they can become more efficient on an operating basis.

The AI movement will absolutely have a very profound impact on the space.  Right now, data is all in the hands of a few select companies that have real-time or historical data. In my 30 years, it’s always been historical data: What happened last quarter, what happened last month. And then a couple of companies came around and created these wonderful dashboards to be able to give landlords and brokers analysis [of] what’s happening now. That was CRE Tech 1.0. The AI is the holy grail, which is the predictive analytics. That’s what they’re all going to race to. So I think the first wave is sort of efficiencies within their portfolios, transparency and access to information. The next wave, 2.0, will be this predictive analytics.

There are a couple companies [looking into this]—Skyline AI, Leverton, what Savills Studley’s doing, what JLL is investing in . . . To predict everything from building operations and efficiencies to market opportunities to buy and sell and trade.

You know! Every building you walk into in New York, it’s the same: Can I have your driver’s license? People are gonna be able to get through using their phones. At some point, every landlord will have a tenant amenities app. Every landlord will be doing something in coworking. Every Class A office building will have digital building access. They’re all working on it. It’s all coming. So there’s a lot of great, exciting innovation coming.

Why do you think the stragglers don’t want to adopt?

Fear. It’s absolute fear. It’s fear of the unknown. People are starting to pay attention at the highest level. We just have to get the professionals engaged. It’s an investment you have to make. Want to make. But learning something new isn’t necessarily a common theme in real estate. Change is often frowned upon. But the world outside CRE is embracing tech fast. Tenants are. Investors are. And that will be a big driver.

Who’s been the slowest to adapt?

The five major brokerage firms—Newmark, Colliers, CBRE, JLL and Cushman & Wakefield—have all designated funds and people and infrastructure and are investing into the space. If you look at all the major landlords, they’ve done the same.

Who’s not doing it? I think the middle markets, the regionals, the next tier has been slower to adopt. The leaders are doing it, but the professionals not so much. I think it’s some FOMO, in a way, but they’re starting to pay attention. Slowly.

I think the next wave is M&A work. We’re going to start to see some bigger acquisitions. I really pay attention to that sector because I really don’t think it can stay like that for long. I don’t think all of them can coexist. Some will get bought, merged, acquired, and it’s gonna be interesting to see who buys them. It might not be what you think it might be. The great unknown in tech is always: Who will emerge the winner? Will it be from inside the industry? Or from the outside? Think what Google is doing in health care now as an example.

Speaking of M&A, you guys just bought someone too, right?

Yeah, [Ashkán Zandieh’s] site, [RE:Tech]. He’s going to lead research and data for us. He’s a good, decent, smart dude, and he has a good, smart crew. Highly respected in the space. Good news is that with him on board there will be less “Mike,” which is am sure everyone will love!

We want to do more deep-dive research on important trends, especially on the funding side, because now that it’s a bigger market, we want to understand what’s moving, where the money is going, get more granular. The WeWorkization of the industry is bringing this new emerging class focused on investing on the tenant side of the business. That’s an example of these micro trends happening.

But at the end of the day the best bellwether is to understand where the money is going. That’s what we want to mostly focus and lead on.

Do you think WeWork is going to make it? Too big to fail, as they say?

Yeah, I’ve been fortunate to spend a lot of time there. I am biased regarding WeWork. I think they are fucking amazing. They are thinking so big and transformative that I think most people truly don’t get it. They are setting out to change how people work. That’s a big friggin idea. And along the way blur the lines of what it means to be a broker and landlord and developer. Incredibly bold!

They are also really bringing in some extraordinary talent from within the CRE sector in senior positions. So I think you’ll start to see them do more M&A and more investing, as well. I think they’re just getting started.

When I go in there, and I try to understand what they’re doing . . . They’re this hybrid, they’re a new model. This coworking thing, I think they’re growing way beyond that in terms of strategy. So, I think it’s not even out yet, who they’re trying to be. Just the meetings that I’ve had, what they’re building and some of the engineering people they’ve hired, what they’re working on . . . it’s pretty fucking cool.

What are you most excited about? Or is there a technology that you’re seeing now that’s new and exciting?

I think it’s the people that are getting involved in it now—the caliber of people coming in. And the level of innovation. Looking at companies like Skyline or Cherre, it’s extraordinary. What they’re doing is really reinventing or creating models that simply didn’t exist a year ago. Entirely new categories. And pay attention to Moody’s too. They are massive and really investing in tech in a big way.

I think we still have a couple years to go before it penetrates every company and every professional. But it will happen. There is no bubble. And there is no going back. The tech genie is out of the bottle!

I was giving a talk the other day to a real estate group. I said, “Listen, if you’re gonna retire in five years, you’re fine, don’t pay attention. Get out your phone and play some card games while I’m talking. But, if you’re gonna be in this industry for five, 10, 15, 20 years, pay attention.” Because there’ll be some fundamental shifts and some job relocation in the industry that’s gonna be profound. You won’t recognize this industry in five to 10 years. It’ll look completely different. I have staked my entire 30-year career and a lot of my own money on it!