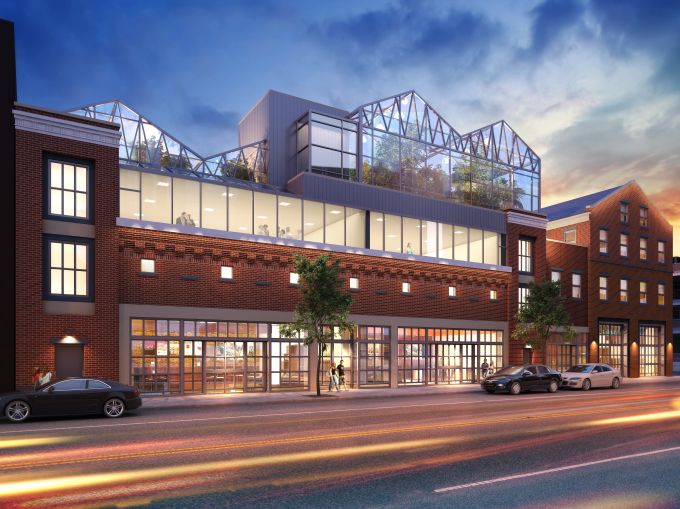 519-529 Third Avenue will have greenhouses on the roof. Photo: CoStar Group

Canadian beer maker Collective Arts Brewery, which is known for featuring unique art work on its cans, is coming to a historic former brewery building in Gowanus, Brooklyn, for its first U.S. outpost.

The company based in Hamilton, Ontario—where it has its lone facility—has leased 16,000 square feet in a complex of brick industrial buildings at 519-529 Third Avenue, according to landlord Serbijt Singh. The space will include a microbrewery, a two-level taproom with 24 taps, a casual restaurant that seats 100 people and a 40-seat craft distillery cocktail lounge on the lower level, Collective Arts co-Founder Bob Russell told Commercial Observer. The 15-year lease encompasses part of the ground floor, cellar and a rear yard loading dock area, where Collective Arts plans to host live music on the weekends. Asking rent in the deal was $49 a square foot, Singh said, and no brokers were involved. The beer producer and gin distillery will join a growing trend of new microbreweries in Brooklyn, which number around 20 with more on the way, as CO has reported.

“We’ll try to get a lot of Brooklyn artists and musicians involved in this space because we’re all about the art and music community, and we’ll bring in our friends from all over the world to collaborate,” Russell said. “Last year we did 35-plus collaborations with other breweries.”

Collective Arts hosts an open call for artists to submit work to be featured on their cans and merchandise four times a year, and each time it selects four new artists.

Singh and his company, Management Group of Brooklyn, are revamping the three connected properties between 12th and 13th Streets and adding 7,700 square feet of rooftop greenhouses. Although Singh hasn’t leased the greenhouses yet, he hopes to rent them to an events company, a restaurant or another kind of culinary business that could use them to grow herbs and produce. He also touted the fact that the top floor of 529 Third Avenue has 25-foot ceilings and will feature a retractable roof that leads up to the greenhouses.

Crossfit Gowanus signed for 6,000 square feet of retail space in the development in 2017, as CO reported at the time, and the facility plans to open sometime this summer. Collective Arts also hopes to open in July or August.