New CrossFit Gym Opening at Base of Mixed-Use Gowanus Redevelopment 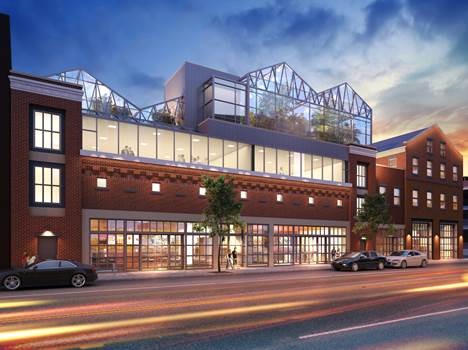 Another new fitness concept is muscling its way into the Gowanus section of Brooklyn.

Gowanus CrossFit has signed a 4,660-square-foot lease at the mixed-use redevelopment project at 519-529 Third Avenue, Commercial Observer can first report.

The gym will take a portion of the ground floor of the development at the northeast corner of 13th Street and Third Avenue. The rent in the 10-year deal was $45 per square foot, and it is expected it open in early 2018. Gowanus CrossFit is adding to a growing list of fitness concepts in the neighborhood.

“From Brooklyn Boulders, Brooklyn Aikikai and Court 16 to Gotham Archery and the Brooklyn Fencing Center among others, Gowanus is quickly becoming the Brooklyn playground for those living an active lifestyle,” Shannon Eidman of Compass, who handled the deal for developer Serabjit Singh of 304, LLC, said in a prepared statement. “We’ve seen an increased demand in fitness destinations in the neighborhood, and are excited to deliver that with Gowanus CrossFit both as an amenity for the future tenants of the building as well as to the general public.”

The new gym will feature an array of equipment, including dumbbells, kettlebells, barbells, rowers, bikes, sleds and climbing ropes, and plans to create excitement around fitness, according to a company statement.

“We will be focused on building an incredibly supportive and fun community that is welcoming of all people of any level of fitness,” Gowanus CrossFit said in a statement to CO. “We are not an elite training center focused on athletes.”

“The tenant is delighted to be part of the newest and most innovative commercial project in Gowanus,” Chris Havens of TerraCRG, who represented Gowanus Crossfit, said in a prepared statement.

The project is expected to be fully completed in the next nine months. The Yard, a growing coworking space, has already signed a lease for a new 25,000-square-foot location there.