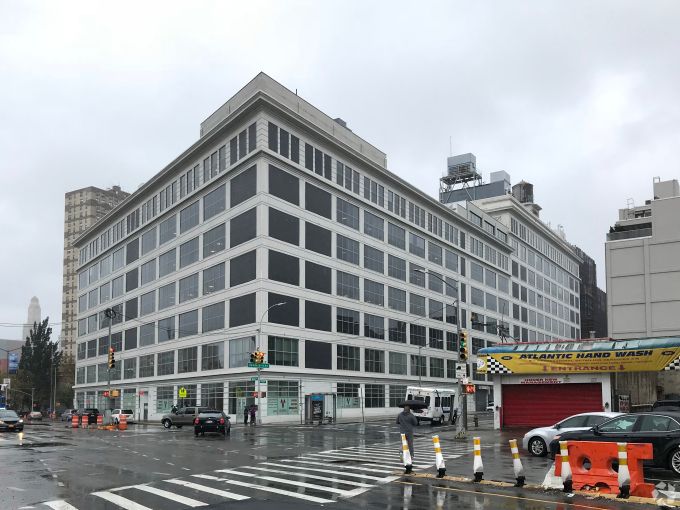 RXR Realty has nabbed a $182 million package from Bank of America to refinance the firm’s Downtown Brooklyn office building at 470 Vanderbilt Avenue, according to city records filed today.

RXR picked up the master lease for the building from GFI Development and Starwood Capital in March 2014 for $194.5 million, aided by a $142 million first mortgage loan from J.P. Morgan Chase, records show.

Built in 1931, the 10-story, 650,000-square-foot office building takes an entire, 3-acre city block between Fulton Street and Atlantic Avenue. RXR recently deployed $74 million on the property for capital improvements, which included renovations to the elevators and lobbies and to the building’s plumbing and electrical systems.

RXR President Michael Maturo told Commercial Observer in an email that the firm was pleased to nail down the refinance, “especially after our recent value creation efforts, including a renovation of the building and leasing it to full occupancy.”

The asset is nearly 98 percent leased, for mostly government use, according to CoStar Group. The New York City Human Resources Administration leased over 400,000 square feet, from floors three through seven in Dec. 2017; the property is also home to the New York City Housing Authority. Kentucky-based nursing services company ResCare Workforce Services took the building’s remaining office space last month, nabbing a 10-year lease for 59,000 square feet across the seventh, eighth and 10th floors, as CO reported at the time.

A spokesman for Bank of America did not immediately respond. Officials at Meridian Capital Group declined to comment.

This story was updated to include new information related to the total amount of the loan package and to include a quote from RXR.