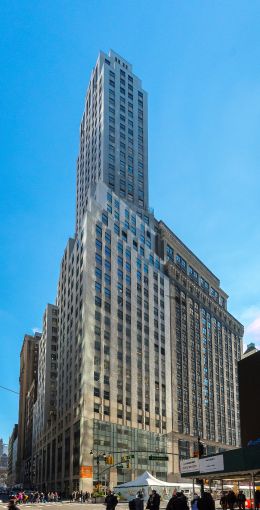 Meridian Capital Group, America’s most active dealmaker, arranged $210 million in financing to refinance the office property located at 1450 Broadway in the Times Square neighborhood of New York, NY, on behalf of the Zar Group.

Located at the nexus of Times Square, Penn Plaza, the Garment District, and Herald Square, the property is advantageously situated at the heart of Manhattan’s premier office and retail submarkets. 1450 Broadway is also in close proximity to Penn Station, Port Authority Bus Terminal, and Grand Central Station, New York City’s major transportation hubs, making the property accessible and convenient for residents of Manhattan and the surrounding suburban areas.

“We are pleased to have worked with the Zar Group and Goldman Sachs to make this financing possible,” said Mr. Bar-Or. “Bobby Zar and his team have personally invested themselves in the successful repositioning of this property from a new lobby to pre-built suites. The leasing interest and lender interest only validate their work. During this process, there were several lenders offering much higher proceeds, though the team chose to go with moderate leverage while still building a large capital base for future acquisitions.”