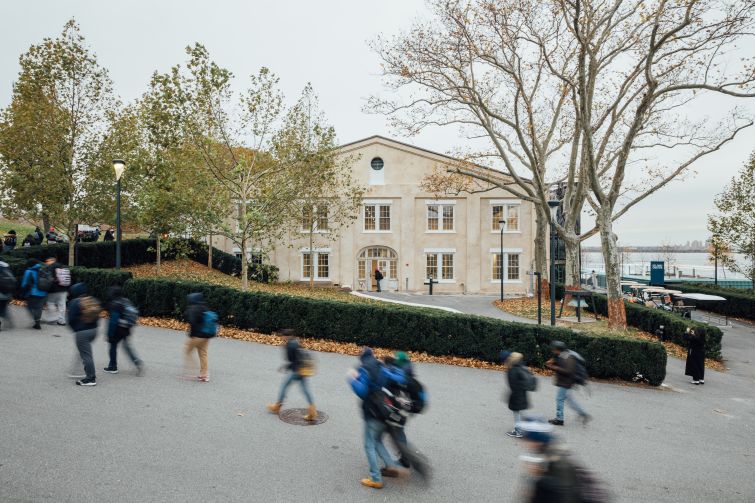 The Lower Manhattan Cultural Council, which was one of the first tenants to move to Governors Island a decade ago, is expanding its presence on the island with a new arts center.

The arts nonprofit plans to open the 40,000-square-foot Arts Center at Governors Island in an 1870s munitious warehouse this September, according to the landlord, Trust for Governors Island. LMCC recently teamed up with the trust to renovate the wood-framed building at 110 Andes Road for $12 million, a spokeswoman for the trust told Commercial Observer. The property, also known as Building 110, will host artist studios, galleries, performance and rehearsal spaces, and the island’s first public indoor cafè, as The Wall Street Journal first reported.

The organization signed a 10-year lease—with a 39-year option to renew—for the building in 2015, per the trust’s spokeswoman. The Financial District-based group pays a relatively low rent—the trust declined to comment on the exact amount—and is responsible for operating expenses, including heat, electricity and insurance. It also paid for a significant chunk of the building’s renovation.

“As artists seek serene spaces to work and share practices with audiences, LMCC’s arts center meets this need in a compelling way,” Lili Chopra, the group’s executive director of artistic programs, said in prepared remarks. “The newly renovated arts center is designed for larger exhibitions and more public programs [than its old space on the island], enabling greater depth and insight into the artistic and creative process.”

LMCC first rented 14,000 square feet in the 19th century structure on a license in 2008, after responding to a request for proposals from what was then known as the Governors Island Preservation and Education Corporation. The organization has been operating artist residencies in the property ever since. Both performing and visual artists have rented work space in the building, but they are not allowed to live there, because the island’s deed forbids long-term housing. The artists will work there year-round, though the island is only open to the public from May to October.

Michael Samuelian, the president and CEO of the Trust for Governors Island, said that his organization’s partnership with LMCC “is a key part of our strategy to activate and expand access to this special place and a testament to our deep commitment to arts and culture.”

Building 110 is part of the historic district that covers most of the island’s northern half. The 52 former military buildings and officer’s homes offer more than 1 million square feet of rentable space, but many require renovation and infrastructure work, like Building 110. Currently, the only other year-round tenant is a maritime public high school, the New York Assembly Harbor School. An Italian day spa, QC Terme, is expected to open on the island in 2021.

Meanwhile, the city is planning to rezone 33 acres on the southern half of the island to make way for more commercial development. Public meetings on the topic began last fall, and the rezoning is expected to enter public review later this year.