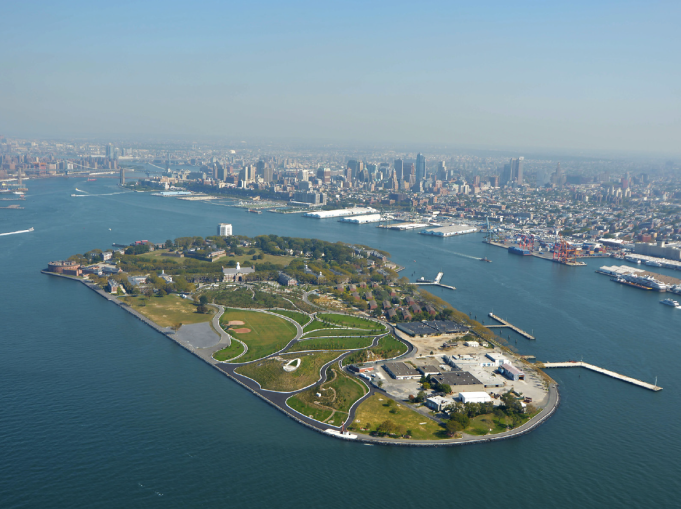 The city kicked off the public review process to rezone the southern half of Governors Island today, with the aim of developing millions of square feet of new academic and commercial space on the former military base in the East River.

The de Blasio administration officially announced plans for a rezoning that would “unlock up to 4.5 million square feet of commercial, academic, cultural and institutional development that would complement and financially sustain the Island’s popular park, public programming, and cultural amenities,” according to a press release from City Hall.

The new zoning could cover two parcels comprising 33 acres across the island’s southern shore, which has sweeping views of the Statue of Liberty and northern New Jersey.

“Governors Island’s 43-acre park has made it the jewel of New York Harbor,” said Mayor Bill de Blasio in a statement. “The island is now set to dramatically expand its role in our city’s economy as we turn its southern half into a center of innovation and education.”

The island is a 172-acre former military base that served the Continental Army during the Revolutionary War and then later it became an outpost for the Army and the Coast Guard. The nonprofit, city-controlled Trust for Governors Island manages 150 acres of the island, and the National Park Service oversees the remaining 22 acres. After completing work on a 43-acre public park last year, the city is trying to encourage private development on the island’s southern half.

Planning documents released today show that the city plans to change the zoning on the island’s southern portion from low-density residential zoning to a mixed-use framework that would allow mid-rise community facility and commercial buildings. When the city acquired the property from the military in 2003, a deed restriction imposed by the federal government prohibited new residential development on the island. However, the administration still has big plans for significant academic and commercial construction there.

Both would result in 4.5 million square feet of total construction.

“This rezoning represents the next step in marrying the Island’s rich history with its future role as a global hub for convening, the arts, tech, and education,” said Deputy Mayor Alicia Glen in prepared remarks.

The proposal would also pave the way for new public green space and generate revenue to maintain both the parkland and the 50 historic buildings on the northern half of the island. The city plans to upgrade the island’s infrastructure with a new water main and increase ferry service.

Planners will host the first public scoping meeting for the rezoning on September 26 at 6 p.m. at the Battery Maritime Building at 10 South Street. It will then enter the seven-month-long uniform land use public review process, which requires review from Manhattan Community Board 1, Borough President Gale Brewer, City Council Member Margaret Chin, the City Planning Commission and the full City Council.