New Renderings Revealed for Frank Gehry-Designed The Grand in DTLA 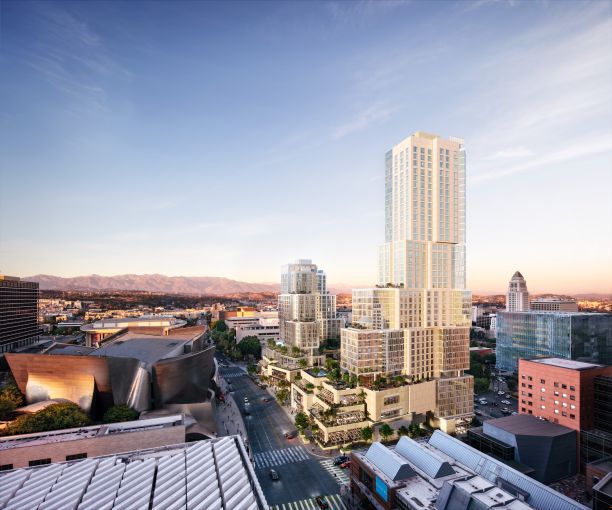 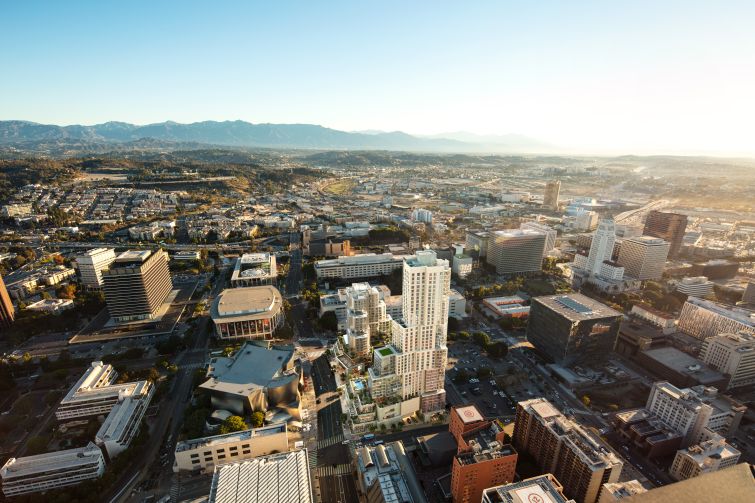 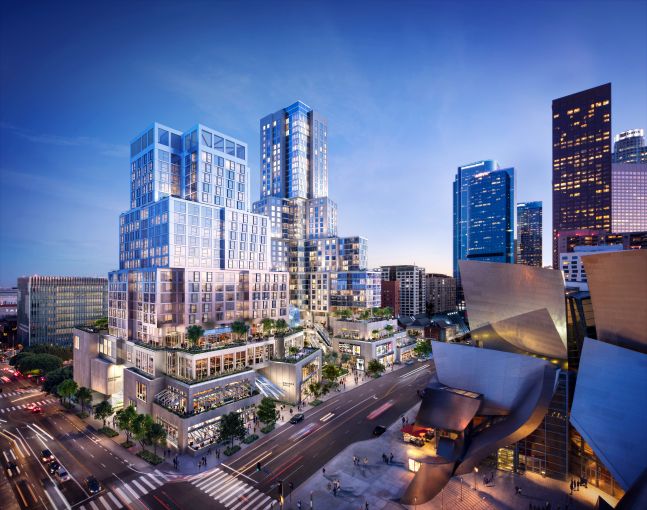 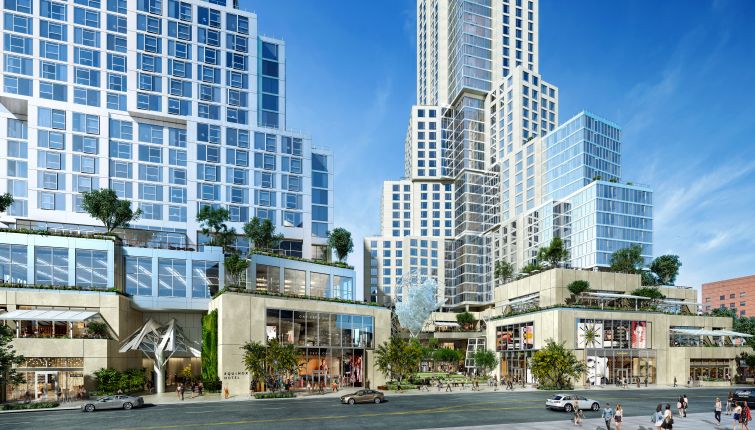 A view of the retail component and Equinox Hotel at The Grand. Photo: Related-CORE 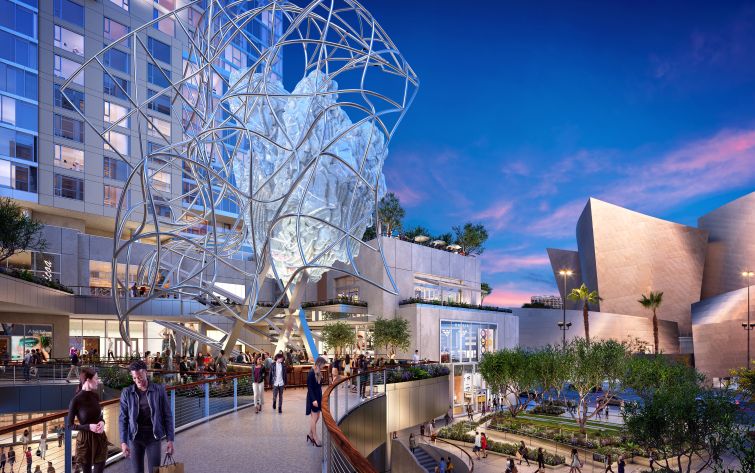 Updated renderings by the architect were also released, and Gehry said at the groundbreaking that once completed, The Grand will be “the place to be.”

“With The Grand, we’re not just building buildings, we’re building places,” he said. “We are trying to make a place for people not only to live, but also to gather after concerts or performances, and my hope is that it will spawn other growth in the neighborhood.”

Formerly known as the Grand Avenue Project, the Related Companies and CORE USA development which is slated to open in the fall of 2021, will bring a 20-story, 309-room Equinox hotel, a 39-story residential tower with 400 units including 80 affordable, more than 176,000 square feet of restaurant and retail space and a public plaza. The Grand’s two towers will be erected on a block bordered by First Street, Grand Avenue, Second Street and Olive Street. Demolition is scheduled to begin in November, clearing away the temporary “tinker-toy” parking structure that was built to address a parking shortage Downtown in the 1960s and survived for more than 50 years.

“Los Angeles has always been a creative capital and we see that story told through generations of landmarks,” L.A. Mayor Eric Garcetti said at the groundbreaking. “The Grand will build on this tradition…It will bring investment, create jobs and embody the ingenuity that runs through the heart of our city.”

While other parts of the multi-parcel project were built, including The Emerson, Related’s luxury apartment tower at 225 South Grand Avenue near the Broad Museum and Grand Park, the mixed-use portion took longer to finance.

The Grand was initially announced during the Great Recession of 2008, as Commercial Observer previously reported. The developer, Related Urban, the mixed-use division of Related, has spent the intervening time lining up financing, including a $290 million investment from Chinese entity CORE USA, a China-based partnership between China Harbour Engineering Company and CCCG Overseas Real Estate. More recently, Related Companies landed $630 million in construction financing from Deutsche Bank for the project, as CO reported.