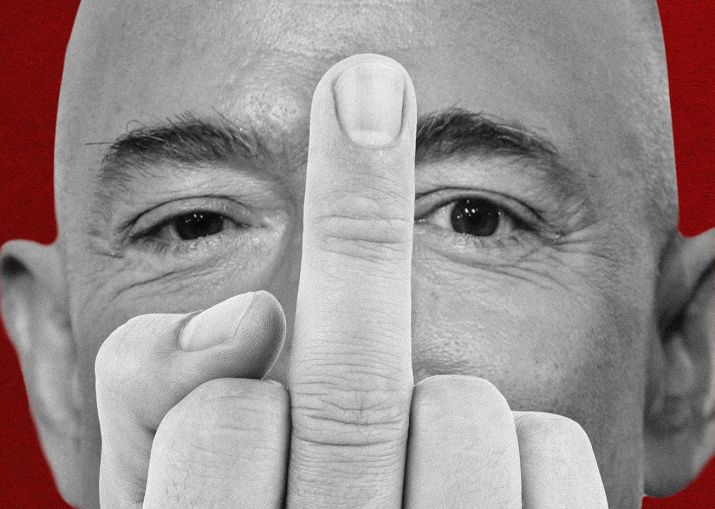 Amazon has canceled plans to build part of its second headquarters in Long Island City, Queens, after the e-commerce giant faced fierce opposition from lawmakers and residents over the billions of dollars in government subsidies, the company announced this morning.

“While polls show that 70 percent of New Yorkers support our plans and investment, a number of state and local politicians have made it clear that they oppose our presence and will not work with us to build the type of relationships that are required to go forward with the project we and many others envisioned in Long Island City,” the company said in a statement.

SEE ALSO: The Best Tweets About the Amazon-NYC Breakup

It continued: “We are disappointed to have reached this conclusion—we love New York, its incomparable dynamism, people and culture—and particularly the community of Long Island City, where we have gotten to know so many optimistic, forward-leaning community leaders, small business owners and residents.”

The Jeff Bezos-led company originally planned to split its second headquarters between Long Island City and a Crystal City, Va. It does not plan to find a new location to replace the New York City campus, opting to only stay in Virginia, The New York Times first reported.

“You have to be tough to make it in New York City,” said Mayor Bill de Blasio, who offered roughly $1.3 billion in tax breaks to Amazon to come to Long Island City. “We gave Amazon the opportunity to be a good neighbor and do business in the greatest city in the world. Instead of working with the community, Amazon threw away that opportunity.”

While de Blasio pointed his ire on Amazon, Gov. Andrew Cuomo—who once joked he would change his name to Amazon Cuomo to woo the company to come to New York—instead blasted his colleagues in the State Senate over the news.

“A small group of politicians put their own narrow political interests above their community—which poll after poll showed overwhelmingly supported bringing Amazon to Long Island City—the state’s economic future and the best interested of the people of this state,” Cuomo said in a statement. “The New York State Senate has done tremendous damage. They should be held accountable for this lost economic opportunity.”

Amazon was supposed to build the majority of its 4-million-square-foot headquarters on Plaxall Realty’s Anable Basin waterfront and the site was supposed to employ up to 25,000 people. It was also in talks to lease 1 million square feet at Savanna’s One Court Square. A spokesman for Savanna declined to comment.

“We’re extremely disappointed by this decision,” Plaxall managing directors Paula Kirby, Tony Pfohl and Matthew Quigley said in a joint statement. “Since our grandfather opened Plaxall’s doors on the waterfront seven decades ago, our family has believed in the overwhelming promise of Anable Basin and Long Island City as centers of productivity and innovation. We continue to believe that today.”

Elected officials like State Sen. Michael Gianaris, who represents Long Island City, and local groups like Make the Road New York and the Retail, Wholesale and Department Store Union (RWDSU) banded together immediately after Amazon announced plans to come to Long Island City in November 2018 to fight the decision. The biggest points of contention for the opposition were the $2.5 billion in tax breaks offered to Amazon from the city and state.

“Like a petulant child, Amazon insists on getting its way or takes its ball and leaves,” Gianaris told the Times. “The only thing that happened here is that a community that was going to be profoundly affected by their presence started asking questions.’’

He later released a statement saying Amazon’s decision “shows why they would have been a bad partner for New York in any event.”

“Rather than addressing the legitimate concerns that have been raised by many New Yorkers Amazon says, ‘you do it our way or not at all, we will not even consider the concerns of New Yorkers’—that’s not what a responsible business would do,” Chelsea Connor, a spokeswoman for RWDSU, said in a prepared statement.

Councilman Jimmy Van Bramer, who represents Long Island City, celebrated the news on Twitter, writing that he was “proud” of the work advocates did in getting Amazon to ditch New York City with its tail between its legs.

“When our community fights together, anything is possible, even when we’re up against the biggest corporation in the world,” Van Bramer wrote. “Defeating an unprecedented act of corporate welfare is a triumph that should change the way we do economic development deals in our city and state forever.”

Not everybody was as thrilled as Gianaris and Van Bramer that the Amazon deal fell through, including John Banks, the president of the Real Estate Board of New York, who previously called the deal “the single largest economic development project in the history of the state.”

“It’s unfortunate that we have lost out on an opportunity to create tens of thousands of jobs for city residents and generate billions of dollars in tax revenue to fund vital services including infrastructure improvements for transportation, schools, and open space,” Banks said in a statement. “Nevertheless, New York City is still open for business and will retain its status as a world class center for tech and innovation.”

Gary LaBarbera, the president of the Building and Construction Trades Council of Greater New York, echoed Banks’ sentiment and said his group was “stunned” by the news.

“Politics and pandering have won out over a once-in-a-generation investment in New York City’s economy, bringing with it tens of thousands of solid middle class jobs,” LaBarbera said in a statement. “This sends the wrong message to businesses all over the world looking to call New York home. Who will want to come now?”

While Amazon’s decision to bring HQ2 to New York City was heralded last year by Cuomo and de Blasio, lawmakers like Gianaris and Van Bramer immediately criticized the deal and amount of subsidies given to the company owned by the richest man in the world.

The city offered Amazon nearly $1.3 billion in tax breaks from the Relocation and Employment Assistance Program and Industrial Commercial Abatement Program, according to a memorandum of understanding (MOU) released last year. However, the biggest benefits for Amazon came from the state.

If Amazon met its 25,000-employee job creation target within 10 years the state would’ve given the company $505 million in capital grants and $1.2 billion in tax exemptions through the Excelsior Jobs program, according to the MOU.

A commercial broker who requested anonymity blasted Gianaris and Van Bramer from fighting tooth and nail to kill Amazon’s deal, but leaving the subsidy programs Amazon planned to take advantage of alone.

“You could say [Gianaris and Van Bramer] are hypocrites if they don’t abolish the rest of the programs,” the broker said. “What about dozens of other companies that have taken advantage of these programs over the last 30 years?”

“If they really feel like [Amazon] are taking too much money then they should be taking that position against every single company,” he added.

Gianaris said in a statement that it’s time to start “a national dialogue about the perils of these types of corporate subsidies.”

Amazon’s original announcement also caused real estate prices and interest in the neighborhood from international retailers to skyrocket. A December 2018 StreetEasy report found that 18.8 percent of all available listings in the neighborhood saw a price hike after the news broke in November 2018, and The Wall Street Journal reported some buyers picked up residential units sight unseen through text messages.

Robert Gilman, the co-chair of accounting firm Anchin’s real estate practice, has been fielding phone calls and emails from clients this afternoon worried about Amazon’s changed plans. One was from a seller of a $150 million portfolio who got an offer after Long Island City was selected as a HQ while another was from a developer who had been inundated with interest from investors looking to get a piece of the new development.

Gilman now expects the potential buyers and investors will slash their offers and use the Amazon news as a bargaining chip to do so.

“You would use this as leverage saying, ‘I offered you this because of Amazon. Now it’s not worth that much to me,’ “ Gilman told Commercial Observer. “I think everybody will use it as an excuse to reduce the price.”

He added that no deals likely closed in the nearly three months since Amazon first made the announcement. Plus, Long Island City already had plenty of development activity before Amazon, so he thinks the fact that the company will not set up shop there will simply reset the market back to what it was pre-Amazon news.

This is an ongoing news story and will be updated throughout the day.