The tech behemoth is being lured by talent, logistics in NYC and DC rather than a low-cost town it could call its own 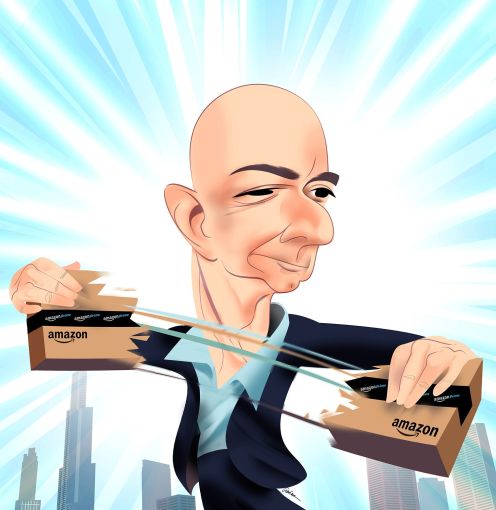 In the end—after drawing up a list of dozens of potential locations across the country, making scores of municipalities pull out all the stops in an effort to win their business, and gradually whittling the options down over a year-plus of deliberations—Amazon had one last swerve in store for its Great HQ2 Race of 2018.

For all the talk of low-cost business environments and a sprawling, 50,000-employee campus that would be a “full equal” to the company’s Seattle headquarters, it appears that the Jeff Bezos-led behemoth is settling on not one, but two new corporate outposts located in primary, gateway East Coast markets. And neither one of them would be anyone’s idea of a cheap place to live and do business.

The company is reportedly selecting both the New York City and Washington, D.C. metropolitan areas—specifically the western Queens neighborhood of Long Island City and the Arlington County outpost of Crystal City, respectively—confounding expectations of a lot of the prognosticators.

So why did the company decide to go this route?

These two cosmopolitan markets are already established as among the most desirable places for today’s well-educated millennials to live, work and play. (Indeed, Amazon already has more employees in the New York and Washington regions than anywhere in the country outside of its Seattle headquarters and the San Francisco Bay Area that’s home to Silicon Valley.)

“These are tier-one metropolitan areas—they have scale, they have talent pools, they have public transportation [systems] and infrastructures that are very advanced,” according to Robert Hess, vice chair of Newmark Knight Frank’s global corporate services practice. “They’re giant magnets for young talent, and talent was going to trump this. It’s going to be about the human experience in the long run.”

Hess—a veteran of the corporate site selection process who’s worked with the likes of Nike and whose team consulted Empire State Development, the state’s primary agent for economic development, on the Amazon process—said the tech giant’s reported decision to break off its new second headquarters project into two separate locations “hedges risk” and mitigates all sorts of factors at play in pursuing such an undertaking.

“From day one, when you looked at the scale of this operation, it was about who could actually absorb something of this magnitude,” he said. “You’d basically change the economic development strategy of three-quarters of towns overnight.” (Hess was also keen to note that Amazon has yet to formally announce its decision on HQ2, and that such processes can often see unpredictable changes occur at the last minute. “I know it’s big news, but I’d be careful about thinking certain places are going to win yet,” he noted. “I’ve done site selection for a long time and I’ve seen things.”)

Peter Muoio, the chief economist and head of research for online commercial real estate marketplace Ten-X, described Amazon’s reported decision to split HQ2 among two markets as a “do-no-harm decision” designed to lessen the company’s potential impact on the municipalities it would be moving into, while also spreading its workforce requirements among two separate, deep pools of qualified employees.

Muoio compared New York and Washington to Cincinnati, Ohio, which was one of the smaller markets that “got bandied around a lot” as a possibility earlier in the process. Whereas Amazon’s promised 50,000-strong workforce would have represented only 0.5 percent and 1.5 percent of the New York tri-state and D.C. metropolitan areas’ total labor forces, respectively, it would have comprised 4.5 percent of the Cincinnati market’s total employment, he noted.

“They have to be in a place where they can attract enough people to fill these jobs,” Muoio said. “It’s hard enough in New York, it’s hard enough in D.C., but Cincinnati? It was a combination of getting the workers they need, but also not wanting to be known as the company that overran a town and really changed it.”

While Long Island City and Crystal City are in many respects vastly different places—one is a formerly industrial, rapidly gentrifying waterfront locale in the heart of the five boroughs, while the other is a commuter office market on the immediate outskirts of the district that is best known for its proximity to The Pentagon—Muoio cited logistical similarities that would make both attractive to Amazon.

Both areas are located adjacent to major arterial waterways (the East and Potomac Rivers) that separate them from the hearts of the cities they supplement. Both feature access to public transportation (though Long Island City’s eight subway lines and multiple ferry landings give it a considerable edge in this regard) and, perhaps more intriguingly, are located in close proximity to major airports (Crystal City is located virtually adjacent to Ronald Reagan Washington National Airport, while Long Island City is only about five miles from LaGuardia Airport). And both are emerging as residential destinations for young, urban-oriented millennial professionals—with Long Island City in the midst of a development boom that is bringing tens of thousands of new apartments to western Queens (not to mention only a short train ride from the super-hip, super-young Brooklyn enclaves of Greenpoint and Williamsburg), while Crystal City is located only a few miles from Arlington County’s booming residential markets of Clarendon and Rosslyn.

Of course, both neighborhoods have their flaws, and additional work will be needed to ensure they’re fit to deal with the strain of Amazon’s operations.

Historically a commuter market, Crystal City is heavily dependent on a beleaguered Washington Metro public transit system that will undoubtedly require improvements to deal with the demands of Amazon’s operations. And in an era where “24/7, live-work-play” environments are all the rage, the comparatively comatose Crystal City is nobody’s idea of a dynamic, walkable urban community.

Long Island City, meanwhile, is still widely considered to be under-retailed despite this decade’s unprecedented development boom. Infrastructure improvements were arguably already needed to deal with the area’s influx of new residents, and Amazon’s arrival would only exacerbate that—though the de Blasio administration’s prescient announcement last week of $180 million in new funding to upgrade the neighborhood’s sewer system, streets and schools would go some ways to addressing those needs.

Finally, and most critically, there are questions over where, exactly, Amazon will house its operations, given the company will likely need around 4 million square feet of space in each location (HQ2, in its previous guise as one sprawling campus, was supposed to span 8 million square feet).

Long Island City, in particular, has an office market that has grown at a considerable pace in recent years, but much of its stock has taken the form of former industrial and warehouse buildings that have been converted into loft-like, “creative” office properties; it is uncertain whether those buildings would be equipped to deal with the demands of Amazon’s presumably world-class corporate campus.

Brause said that for the young professionals who have been at the heart of Amazon’s decision-making process for HQ2, the “landscape of a mixed-use urban environment” like Long Island City offers the ultimate place of work, whether the office itself is in a new Class-A skyscraper or a repurposed former industrial building. (Brause cited his company’s Brewster Building at 27-01 Queens Plaza North, an old automobile assembly plant that now houses JetBlue’s corporate headquarters, as an example.) He estimated roughly 2.5 million square feet of available office space in Long Island City that “I can point to right now that [Amazon] can fill” should it choose the neighborhood.

But Brause added that the company’s arrival would “open up lots of more opportunities for [new office] development” in the area—comparing Amazon’s potential impact to the Bloomberg administration’s ultimately unsuccessful designs for bringing the 2012 Summer Olympics to New York City, which would have potentially seen the Olympic Village built on the Long Island City waterfront to house the Games’ athletes.

“All of a sudden, this gives you the political capital to say, ‘Let’s do this for Amazon,’ ” he said of both the public and private sector investment that would be poured into Long Island City as a result of Amazon’s commitment. “Long Island City is right across the river from Midtown Manhattan. There are development sites if [Amazon] want to build new and lots of available space. There are 20,000 new apartments, eight subway lines, three ferry stops. To me, it makes all the sense in the world.”