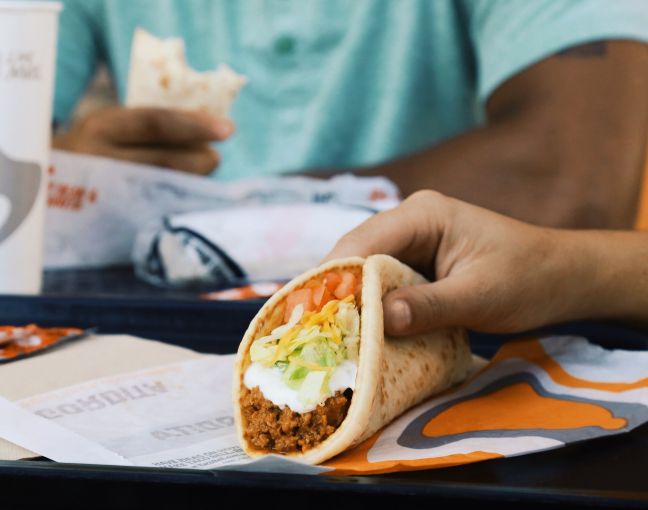 “Taco Bell continues its New York City expansion with the corner of Cliff and Fulton Streets,” said the Heller Organization’s Josh Singer, who along with Adam Heller, brokered the deal for both sides.

The taco chain signed a 1,568-square-foot space for a Taco Bell Cantina at Socius Development Group and The Parkland Group’s residential rental building at 60 Fulton Street. The lease is for 10 years with a five-year renewal option, Singer said. The asking rent was $200 per square foot.

Two other retailers signed on for ground-floor space at 60 Fulton Street this month: Dunkin’ (formerly Dunkin’ Donuts) in 969 square feet and I Love NY Gifts in 884 square feet. They are all slated to open by the spring.

With the three leases signed, there remains a 2,450-square-foot space on the ground floor with a 900-square-foot basement. Above is a 120-unit, approximately 140,000-square-foot rental building, with studios and one- and two-bedroom apartments, as CO previously reported. Heller said he and Singer handled the residential lease-up of the building and it is 100 percent occupied.

Taco Bell Cantina is not new to Manhattan. Last July, Taco Bell signed a lease for the first one in Manhattan. The prior October, Matt Prince, a spokesman for Taco Bell, told CO that by 2022 the chain would have an additional 1,000 Taco Bells in the U.S., including 300 of “what we call urban-inline or Cantina models.” Fifty of those would be in New York City, he added.