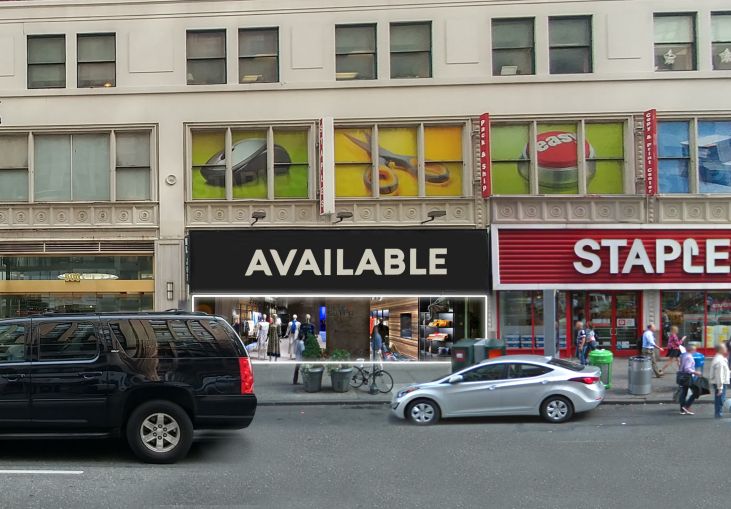 The latest concept from Taco Bell will be in 2,451 square feet on the ground floor of the 12-story 500 Eighth Avenue between West 35th and West 36th Streets via a 10-year lease with the landlord, a group led by Walter & Samuels Chairman David I. Berley. The asking rent was $200 per square foot, according to Winick Realty Group‘s Lee Block, who along with Jeff Winick and Danielle Winick, represented the landlord in the June deal. Taco Bell is taking space formerly occupied by local shoe store, Mr. Joe.

Taco Bell Cantina will open in the fourth quarter of this year, Block said.

Last October, Matt Prince, a spokesman for Taco Bell, told CO that by 2022 the chain would have an additional 1,000 Taco Bells in the U.S., including 300 of “what we call urban-inline or Cantina models.” Fifty of those will be in New York City, he added.

The property is one of Walter & Samuels’ major holdings in the area, and Peter Weiss, a principal at Walter & Samuels, noted in a press release that the company is happy “to add this quality tenant to our portfolio of premier retailers.” The largest tenant in the 225,000-square-foot building is Pearl Studios, which rents 33,000 square feet across two floors that performing-arts groups use for audition and rehearsal space.

“Together with ownership, we recognized that Taco Bell Cantina would be an asset to the building as the launch of its New York City [sub-brand] would attract not only office workers in and around the Eighth Avenue corridor but also customers coming from the Fashion District and Times Square, as well as commuters from Penn Station and Port Authority,” Block said in prepared remarks.

JLL‘s Hilary Sievers and Greg Covey represented Taco Bell Cantina in the deal. A spokesman for the brokerage didn’t immediately provide a comment, and nor did a representative for Taco Bell.