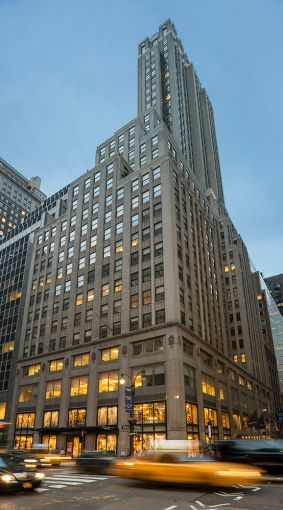 SL Green Realty Corp. will be putting 521 Fifth Avenue on the market to help fund its stock buyback program, the firm indicated in its fourth-quarter earnings call this afternoon. It will hit the block in a couple of weeks, per a source with intimate knowledge of the situation.

SL Green CEO Marc Holliday said that in the firm’s current investment strategy to buy back shares of its stock, which is “trading at a heavily discounted basis… 521 Fifth [Avenue] may be in line to sell.”

The roughly 495,600-square-foot 38-story Class-A office property could be sold for $900 to $1,000 per square foot—or between $446 million to just under $500 million—based on recent sale comparables for the area and depending on the property’s leasing and ownership structure, Adelaide Polsinelli, a vice chair at Compass, told Commercial Observer.

Polsinelli was specifically comparing the potential value of 521 Fifth Avenue to the May 2018 sale of the 682,988-square-foot 5 Bryant Park from Blackstone to Savanna for $640 million, as CO previously reported.

“Barring any major tenants leaving or vacating the building, and [considering] any nuances in the ownership structure of the building, it could trade as high as $1,000 per foot,” Polsinelli said.

The source close to the situation said the $500 million figure was high, with the pricing more likely between $350 million and $400 million.

Darcy Stacom of CBRE will be marketing the property, sources said, when it hits the market in a couple of weeks. She couldn’t be reached for comment.

Potential buyers could include sovereign wealth funds or an ultra-high-net worth family.

The unnamed source said the latter because “it’s fee simple, a good size, on Fifth Avenue, near Grand Central Terminal and 95 percent rented. It’s like the perfect size for an off-shore or on-shore family to own and have as an asset for the family for generations to come.”

Built in 1929, the East 43rd Street office building is just over 96 percent leased, with office tenants including China Trust Commercial Bank and Berkadia Real Estate Advisors. Urban Outfitters and Equinox are the street-level retail tenants in the building.

SL Green bought the asset in 2011 for $225 million, and by December 2012, it sold a 49.5 percent minority stake in the property to Plaza Global Real Estate Partners—a joint venture between LaSalle Investment Management and Quantum Global Real Estate.

To date, SL Green has acquired 18.8 million of its own shares, “with every intention of continuing this investment strategy in 2019,” Holliday said in the firm’s earnings call. The REIT has $686 million of authorized buyback capacity remaining, Holliday said, which indicates that the possibility of more sales this year isn’t out of the question.

Holliday, indicating how the firm will carry out its investment strategy for its shareholders, said, “asset sales that start with 521 Fifth Avenue and where we might have one or two other properties in mind for the year, depending on how it goes.”

A spokeswoman for SL Green didn’t immediately respond to a request for more information.