The developer has major renovation plans for the nearly 683,000-square-foot Midtown building 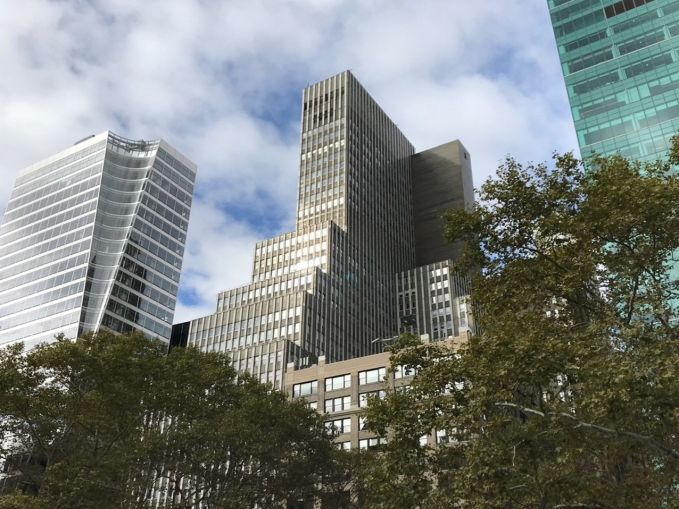 Savanna has completed the $640 million purchase of 5 Bryant Park from Blackstone Group, Commercial Observer has learned.

The transaction closed earlier today for the 35-story, 682,988-square-foot Midtown office building, which has an alternate address of 1065 Avenue of the Americas between West 40th and West 41st Streets, according to Savanna. The developer secured a $463 million loan from Deutsche Bank to acquire the building.

Savanna was attracted to the property because of its location directly in front of Bryant Park and access to major Midtown transportation hubs.

“Anchored by Bryant Park’s open space and arguably the best access to the three main transportation hubs in New York, the location and attributes of 5 Bryant Park will certainly help tenants at the building attract and retain talent,” Cooper Kramer, a managing director of Savanna, said in a prepared statement.

Savanna is planning to modernize the property by redesigning the lobby, the entrance and the building signage as well as renovate bathrooms, corridors, terraces and windows throughout the structure. Savanna declined to disclose how much it plans to spend on the renovation.

A joint brokerage team of Anthony Ledesma and Peter Nicoletti of JLL and Andrew Scandalios and Graham Stephens of HFF handed the sale for Blackstone, while Savanna did not have a sales broker in the transaction.

A separate team led by JLL’s Kellogg Gaines and Aaron Niedermayer with HFF’s Mike Tepedino and Chris Peck arranged the financing from Deutsche Bank for Savanna. The terms of the financing were not disclosed and a Deutsche Bank spokeswoman declined to comment.

Brokers from JLL and HFF did not return requests for comment but spokespersons confirmed the transaction. A spokeswoman for Blackstone declined to comment.

The Real Deal first reported that Savanna was in contract to acquire the building from Blackstone in March. Blackstone owned the building since it and Brookfield Property Partners made a joint-venture acquisition of the former owner Trizec Properties for $7.2 billion in 2006. Blackstone later bought out Brookfield’s stake in the building in 2011 for $295.4 million.