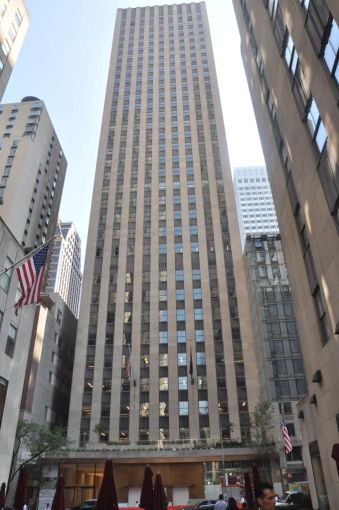 Dore inked a seven-year lease for 10,926 square feet on the 27th floor in the 33-story building, which is on West 51st Street between Fifth Avenue and Avenue of the Americas, moving from 461 Fifth Avenue, according to RXR and Dore’s website. Average asking rents in the building are $90 to $115 per square foot, a spokesman for RXR said.

SEE ALSO: What Will 2019 Look Like in Commercial Real Estate?

CBRE’s Scott Sloves and Mark Ravesloot handled it for E-Trade and it’s unclear who brokered the deal for Noah Gopher. A spokeswoman for CBRE declined to comment. RXR brokered the deals with the Mosler and Stacom team, the RXR spokesman said.

“These top-tier companies quickly saw value in our unique offering at 75 Rock,” Stacom said in a statement.

Tenants include Merrill Lynch, Erste Group Bank and Vivaldi Real Estate. RXR also partnered with Convene earlier this year to open a members-only “social work club” dubbed Club 75 on the 32nd floor of the building with a cocktail bar, meeting and event space and restaurant, according to the landlord and previous CO coverage.