The Plan: Inside the New 75 Rock 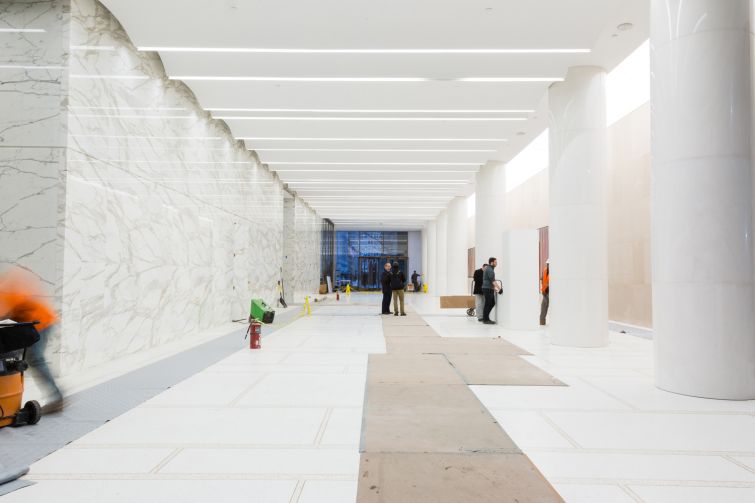 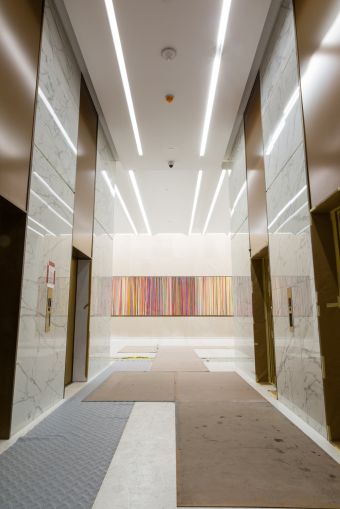 The lobby was one of the first things RXR tackled. It has marble and limestone walls and unique art work. Photo: Melissa Goodwin/For Commercial Observer. Liam La Guerre 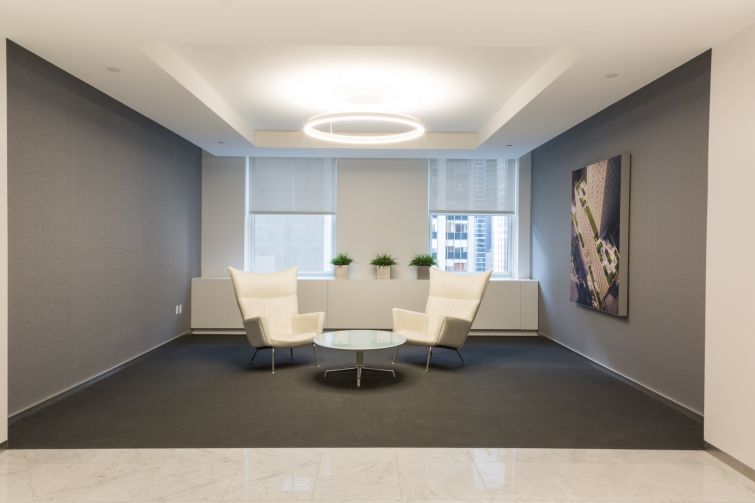 Rents in the revamped building are going to be starting at $90 per square foot. Photo: Melissa Goodwin/For Commercial Observer. Liam La Guerre 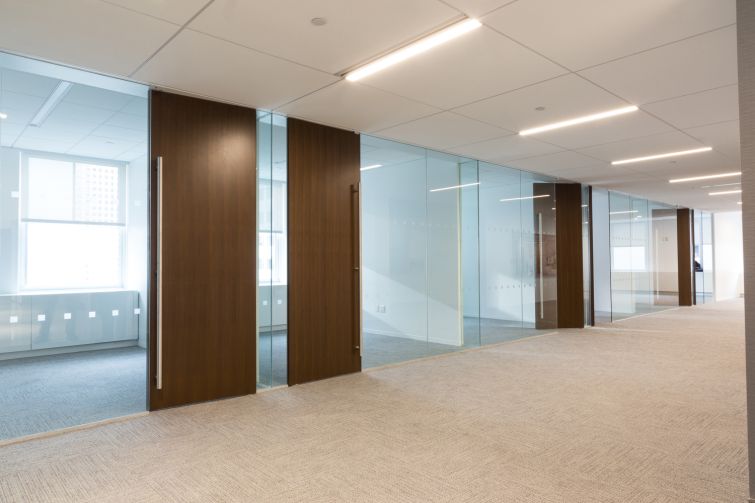 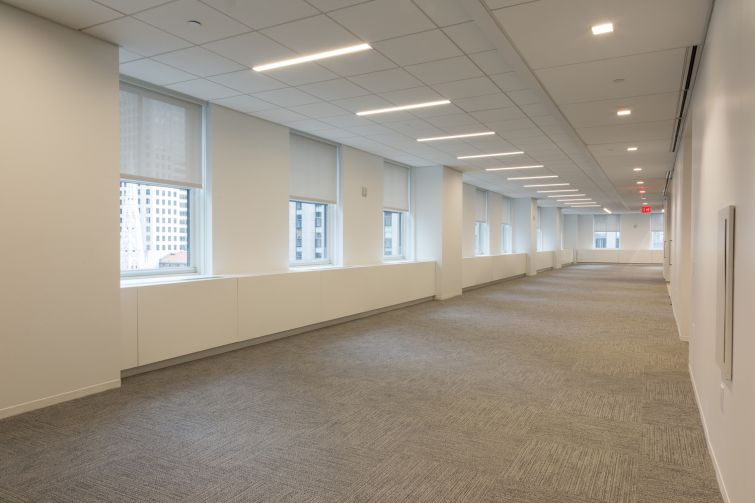 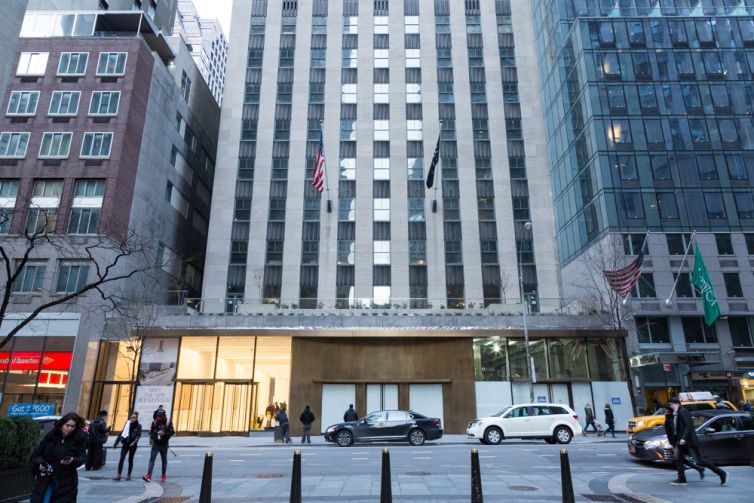 Around the same time Tina Fey’s 30 Rock ended in January 2013, RXR Realty began working on another building in the famous complex: 75 Rockefeller Plaza.

The 1947 building, acquired in a 99-year, triple-net lease from billionaire Mohamed Al Faye, had never seen a top-down renovation before. But executives at the company were also looking at a Midtown rarity: the entire building was about to become vacant as Time Warner Cable (now called Spectrum) was leaving for Columbus Circle a year later, as Commercial Observer reported at the time.

So RXR began a $150 million plan for the new 75 Rock, which is on West 52nd Street between Avenue of the Americas and Fifth Avenue to make the building more competitive with other modern towers. That renovation is complete and set to debut tomorrow, and from the screws to the 18 elevators (14 of which are passenger), “everything is new,” William Elder, an executive vice president at RXR, told CO during a tour of the building today.

Well, it would be 100 percent new, but the landmarked Indiana limestone façade is protected and can only be cleaned or enhanced, and even that requires New York City Landmarks Preservation Commission approval—which RXR received last summer.

“This is storied ground,” Elder said. “This is a worldwide address—every tourist comes here and New Yorkers think of this as a great place to do business. We wanted to be true to the building’s history, but we also wanted to be true to the modern elements of what you have to deliver to tenants to make it a functional place for them to do business.”

The change of the building is really felt in its 24-foot high lobby, which was “just horrendous” with black granite walls, Elder said. The new Kohn Pedersen Fox-designed lobby has been made brighter with white marble walls and quartz floors. Also, the landlord used the same Indiana limestone that makes up the exterior of the building for two walls in the lobby.

With an empty building, RXR took time to revamp the tower’s efficiency as well. It compacted and adjusted the core—which contains key elements for each floor, such as bathrooms, staircases, elevators, utility rooms and kitchens—to make more space on the floors for tenants. And columns were shrunk as well.

Cushman & Wakefield is marketing vacant space in the building, which is priced at about $90 to more than $100 per square foot.

The brokerage has already leased 40,000 square feet of retail space to American Girl and 185,343 square feet to Bank of America and Merrill Lynch Wealth Management (an arm of the bank) as the anchor tenant of the 623,000-square-foot building.

Most of the ground floor and the entire retail basement will be occupied by American Girl, but there is a remaining 5,000 square feet on the ground floor, which features up to 24-foot ceiling heights. Elder believes that that space could be for a high-end restaurateur. (Elder wouldn’t reveal who they were talking to.)

In the future RXR hopes to design a terrace with lounge chairs and plantings on the building’s set back, which is on the 10th floor. But for now the landlord is so proud of its work on the tower, RXR is moving its Manhattan offices from 1330 Avenue of the Americas to the entire 14,000-square-foot 14th floor of the 33-story 75 Rock later this year, as CO previously reported.

“When the owner takes a space in their building, to the outside world who wants to come in, that’s the strongest statement you could make,” Elder said. “We’re proud of this asset and what we have done.”