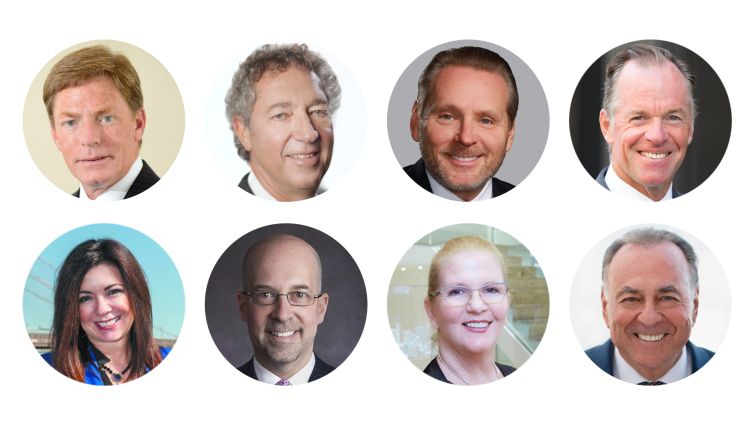 This past year may have been the year of coworking and tech companies dominating New York City’s commercial real estate market—with Google’s $2.4 billion purchase of the Chelsea Market building and Amazon bringing one of two new headquarters to Long Island City, Queens—but what’s in store for next year?

Will WeWork continue to grab space everywhere in Manhattan, what stores will lease space in the city and is commercial rent control dead?

Commercial Observer asked some heavy hitters in commercial real estate to take out their crystal balls and prognosticate on what the city’s real estate scene, and beyond, could look like next year.

Those who responded included Ken Fisher, a partner at landlord Fisher Brothers; David Firestein, a partner at SCG Retail; Robert Knakal, the head of investment sales at JLL; Paul Massey, the founder of B6 Real Estate Advisors and a former mayoral candidate; Adelaide Polsinelli, the head of Compass’ investment sales division; Jeffrey Roseman, a vice chairman at Newmark Knight Frank Retail; and CBRE’s Darcy Stacom, the chairman and head of New York City capital markets, and Stephen Siegel, the chairman of global brokerage.

Commercial Observer: What kind of tenants do you expect to lease office space in 2019?

Siegel: Big tenants. I believe that we’ll see the continuing lease up of space by large tech tenants that have established footprints in New York City from Silicon Valley and also by growing companies, like Peloton and Spotify, that have leased space in 2018. Mainstream tenants that are in the process of exploring the market will also sign deals in 2019 and we expect there to be multiple leases signed by the City and State of New York, which will total north of 1 million square feet. There will also be significant renewals in 2019, but not many relocations.

Fisher: I think you’ll continue to see WeWork and other flexible office providers leasing space all around the city. With Amazon coming to Long Island City and Google expanding in Hudson Square, New York City has become a top destination for tech companies and I expect to see media, tech and creative companies enter and grow in the New York market.

Firestein: Tech seems to be where the action is.

Do you think WeWork, Knotel and other flexible office providers will continue gobbling up space next year or start to slow down? Will anybody overtake WeWork as leasing the most square footage in Manhattan next year?

Siegel: There seems to be no stopping the coworking companies’ business plans, which translate to leasing as much space as possible and as quickly as possible. There is no sign of WeWork slowing down. Knotel, which was initially behind the curve as it relates to WeWork, will be extremely active in 2019.

Fisher: As the city continues to embrace startups and entrepreneurs, flexible office providers will continue to be major players in the leasing market. I don’t foresee any company taking more space than WeWork next year. However, landlords are starting to push back by creating their own flex programs, so we will see how much space that involves.

Firestein: Coworking will continue. Google might give WeWork a run on total square footage.

Do you think the deal structures for investment sales will change at all?

Knakal: If uncertainty continues to grow with regard to where the market is headed, it is likely that we will see more joint-venture transactions and more partnerships on transactions as investors look to diversify risk. This could be particularly true in the multifamily space as the rent-regulation laws are reconstituted.

Fisher: The investment sales market is somewhat overheated. When that’s combined with interest rates starting to creep up and uncertainty in the economy, there has to be a change in how deals are done. However, as long as the United States and New York City, in particular, is still viewed as a safe place to keep money, the deals will continue to happen, just with different structures. This may also lead to buyers approaching their assets with more of a long-term hold mentality.

Stacom: No. They are as diverse as they get already.

Polsinelli: Yes, we will see more creative structures in deal-making as interest rates continue to climb. There will be more joint ventures and long-term leases with options to buy. I am already seeing seller’s offer purchase money mortgages in an effort to bridge financing gaps. As the city continues to impose stricter regulations, some sellers will find themselves staying involved in the deal until most of the landmines are cleared.

Will big deals like Google’s $2.4 billion purchase of the Chelsea Market building or the $800 million sale of Terminal Markets continue next year?

Massey: I think Google and Amazon will inspire other other large companies (i.e. J.P. Morgan Chase) to make big commitments.

Fisher: I hope that there will be other sales along those lines because it’s good for the market. And while there is so much uncertainty in the economy, great deals are still being done in the city because major companies like Amazon want to be here.

Do you have a guess on how much the biggest sale of 2019 will be?

Siegel: It’s anyone’s guess as to what the 2019 blockbuster deal will be.

What type of retailers do you expect to lease space in New York City next year?

Firestein: I think the trend of big and unique will continue. I expect to see this in fitness concepts again in 2019.

Roseman: I believe we will see many fresh smart companies, who have figured out how to build a better mousetrap in the traditional retail categories like toys, sporting goods, kids clothing and home furnishings, doing it in a more vibrant and exciting manner than their predecessors. I also think we will continue to see an onslaught of companies in the health and wellness, medical, gaming and marijuana business.

Fisher: The growth of online shopping continues to have an impact on traditional brick-and-mortar retail, but you do see a lot of restaurants leasing space, specifically grab-and-go concepts.

Siegel: The changing face of retail will include stores that are historically much larger, like Target and other big-box retailers, drilling down to manageable sizes to open satellite stores in Manhattan. Additionally, there will be a whole new plethora of retailers that create experiences in their spaces, driving buyers to either pick up or return e-commerce purchases in the store—and hopefully, make additional in-store purchases while they’re there.

Do you think any other major retailers like Toys “R” Us and Sears will declare bankruptcy next year? Which ones?

Roseman: I certainly hope J.C. Penney can turn it around, but it’s not looking good for them. I also probably wouldn’t be going long on companies like Express, Forever 21, Eddie Bauer and Pier 1 Imports.

Polsinelli: I expect many of the older brands who have not changed with the times and their changing market base to face serious headwinds and potential bankruptcy. Some examples are Foot Locker, GNC, J. Crew, Pier 1 Imports and Cole Haan.

Stacom: Yes, rising interest rates will continue to harm the retailers that were the subject of [leveraged-buyouts].

Do you think the commercial rent control bill is dead or will the City Council bring it for a vote next year?

Knakal: Commercial rent control is anything but dead. Clearly, it will be changed significantly from its original iteration, such that large corporate occupiers will not be “protected,” but this legislation in some form is very likely to pass. Smaller retail shops would likely be covered by this policy. This would be terrible for the marketplace and would make conditions even worse for those smaller tenants that the legislation is seeking to help.

Stacom: It is not dead and, in my opinion, I think owners and agents need to join with REBNY [the Real Estate Board of New York] to make sure it does not cause real and catastrophic harm to the city’s tax revenues.

Roseman: I truly believe the people pushing the commercial rent control bill don’t understand the nuances of retail. What hurts retailers more than rents are poor execution, poor customer service and not keeping up with the times.

Massey: It should be dead as I perceive it to be unconstitutional.

Polsinelli: This bill will continue to be tossed around and repackaged in a misguided attempt to regulate landlords rather than address the city’s role in the problem. Real estate taxes, fines, payroll and business taxes imposed by the city, are a bigger problem for retail tenants.

Firestein: They will vote.

Will the market turn to a bear one next year?

Siegel: No—it will be a steady market. Neither bull nor bear.

Knakal: I think the market could be positive for investment sales with volumes flat to rising and, after lackluster value performance over the past few years, values should be rising modestly next year. Caveats to this perspective on values are interest rates, rent-regulation extension and what form that will take and the performance of the broader economy. Interest rates are rising and, over the long term, interest rates and capitalization rates are highly correlated.

Stacom: No, the economy is strong. The leasing market is robust, capital wants to invest in New York City.

Polsinelli: The real estate market has been bearish for the past two years and will continue going through its cycle. The stock market’s recent decline will bolster real estate as a safe haven for investors. The added bonus of Opportunity Funds as a new vehicle for savings across all investment classes, and Amazon’s impact on values in New York City, should expedite our passage through bear territory.

Fisher: There’s so much volatility in the market. As of now, we are on track to have the worst December since 1931, so it seems the market is due for a correction.

Firestein: No. It will slowly continue to improve.

What’s your most off-the-wall real estate prediction for 2019?

Massey: Another Amazon-sized tenant will announce plans to move here at some point in 2019.

Firestein: RKF and Newmark will split up. [Newmark Group bought retail powerhouse RKF in a deal that closed in September.]

Stacom: A real solution will be found for the renovation and long-term reinvention of NYCHA [New York City Housing Authority] housing.

Siegel: People will stop predicting that the market is falling into a decline and take the time to actually enjoy 2019.