We recently sat down with Meridian’s James Famularo, President of New York Retail Leasing, for a question and answer session. 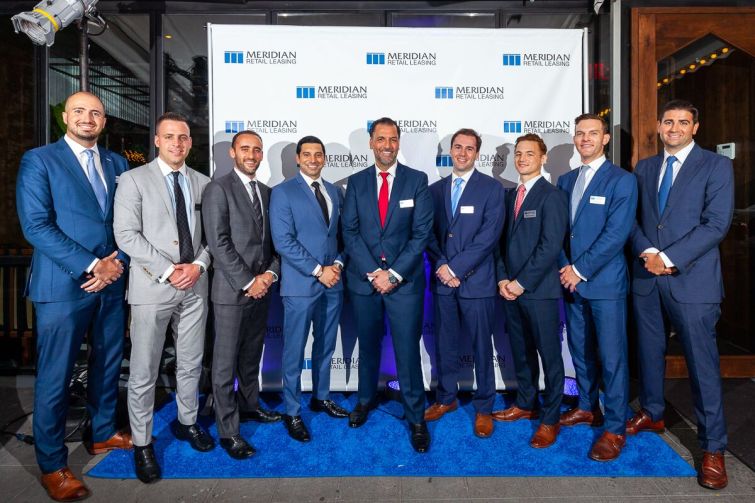 Q: What led you to retail leasing?

My father was an electrical contractor. After school, I followed in his footsteps and worked my way up to a journeyman and ultimately became a supervisor working on high-profile jobs at the Javits, World Trade Center, and Rockefeller Center. Around this time, my mom owned a building in Sheepshead Bay and asked for my help—it was empty, and she was paying the mortgage, taxes, and other monthly bills didn’t know what to do. I had no experience with real estate, but like any son would, I told her I would take care of it. I spoke to lawyers, brokers, principles, and eventually found a buyer. Negotiating the terms of the agreement was a roller coaster unlike anything I’d ever experienced, and when it was over, I missed the feeling.

Q: What did you do next?

I got my license and went to work at a corporate relocation company for some of the city’s biggest banks. The manager warned me it may take six or eight months to learn the business before my first deal. I watched what the senior brokers were doing, hit the phones, and toured spaces. After just three days I walked into the same manager’s office with applications for two spaces. She stared at me as if I’d done something wrong and said she’d never seen anything like it in her 40 years in the industry. So, I guess I just naturally took to the business.

Q: What do you think is the biggest driver behind your success nearly 20 years later?

I feel alive when I’m doing deals—like this is what I was born for. When I’m meeting operators, I look for this same passion, because if they have it, the business will most likely succeed. A great example is Barnea Bistro at 211 East 46th Street. The restaurateur, Josh Kessler, poured his heart and soul into the business and it shows. The space is packed every night it’s open—now I can’t even get a reservation.

Q: You have a team of nine brokers. How do you work together and what sets you apart?

Our team is very high energy. We also pride ourselves on being extremely responsive. Our cardinal rule is “time kills all deals.” If you wait a week between communications, potential tenants get less excited about a space. You must make yourself available, schedule an appointment, walk them through, highlight the property’s attributes, and if the space is a fit, push the deal forward quickly.

Q: You’re very active on social media. How has this impacted your business?

No one is as active on social media as my team. Some brokers ask me why I devote so much time to our social presence, but they have no idea how many direct messages I get from my posts. People call me almost immediately to set up meetings and ask questions about the space. Landlords also love it because it creates traffic, which leads to offers and closed deals. And that’s what our business is all about.

Q: What about video marketing?

Video is amazing. We create 60-second teasers highlighting both the exterior and interior of the space and feature some of the location’s co-tenants, because that’s what helps businesses succeed in our market. On Reade Street, for example, we placed four kids stores next to each other across from an existing Gymboree and a children’s learning center. The concept of competition doesn’t apply here—there are just too many people. People also love variety—it’s the spice of life.

Q: How can renovating and improving an asset upfront be beneficial to landlords?

Some landlords are immediately open to this concept while others need to see the financial proof on paper. If monthly rent is $25,000, and it takes four extra months to lease the space because it doesn’t show well, that’s $100,000 lost compared to the $10,000 it would cost to clean, paint, and make minor repairs. In today’s environment, tenants are touring five or six spaces, and you only have one shot to make a good first impression. If it shows well, tenants will be more excited, motivated to move quickly, and will also think you’re a forward-thinking landlord who will be easy to work with for the next 10 to 15 years.

Q: When you sign an exclusive on a space, what is your process for targeting potential tenants?

We see some brokers look at a space and immediately decide it’s for a restaurant or an office. We don’t do that. We cast a wide net and look at every possibility—maybe the space will be split in two. We don’t go after only one or two categories of tenants when we compose our initial marketing list; we target every category imaginable. You never know who will be attracted to the space and the location.

Q: You’ve been at Meridian for four months now. What have you accomplished thus far, and what’s next?

Since June, our team has closed 15 deals totaling just shy of $50 million. We also currently have 48 active deals with signed exclusive agreements. As for what’s next, we will continue to grow and get better at what we do: lease space.

James Famularo, President of New York Retail Leasing at Meridian Capital Group, can be reached at (646) 658-7373 or jf@meridiancapital.com.