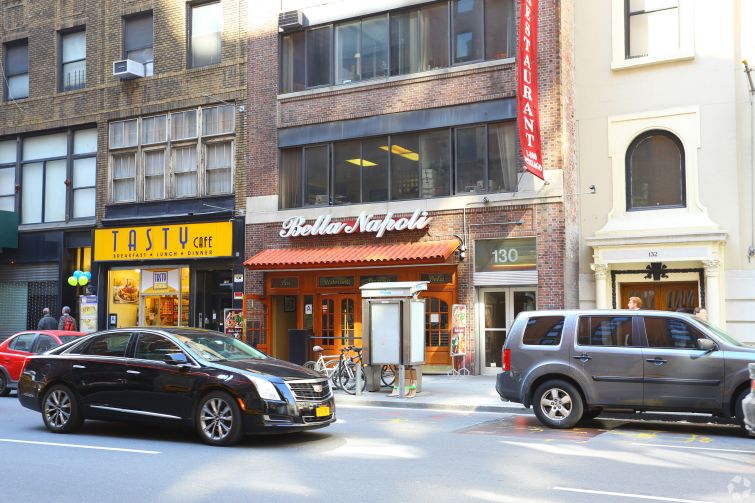 WeWork has signed two new Manhattan leases to accommodate medium-sized businesses through the coworking giant’s HQ by WeWork offering, the company announced. One space is in NoMad and the other is in Soho.

The company announced that on Sept. 28 it signed a 15-year lease for just over 16,000 square feet at 130 Madison Avenue between East 30th and East 31st Streets, spanning five floors from the second through the sixth. The building, which has a Bella Napoli pizzeria at the base, has been owned by an investment group led by Walter & Samuels Chairman David I. Berley since 2016. WeWork had no outside broker in the deal, but Arash Gohari, WeWork’s executive vice president of global real estate, oversees the company’s efforts to identify and secure locations for HQ By WeWork, per an August press release about HQ by WeWork’s first San Francisco location.

“At 130 Madison, we are going to work with WeWork to bring our building into the modern era as we fully transform the building soup-to-nuts,” said Peter Weiss, a senior managing director and asset manager at Walter & Samuels who negotiated the lease on behalf of the ownership at 130 Madison.

A spokesman for WeWork declined to provide the asking rent, as did a spokeswoman for Walter & Samuels.

On Oct. 2, WeWork took about 14,000 square feet on the second floor at 483 Broadway between Broome and Grand Streets. In 2010, a partnership of Aurora Capital Associates and the Adjmi family paid $150 million for a 49-year master lease for 40,000 square feet spanning the basement through second floors of the five-story building. Jared Epstein, a vice president and principal at Aurora, didn’t immediately provide a comment. JLL’s Howard Hersch and Brett Harvey represented WeWork at 483 Broadway. A spokesman for JLL didn’t immediately respond to a request for comment. The WeWork spokesman declined to provide the asking rent and didn’t have the length of lease available.

On the deals, Granit Gjonbalaj, WeWork’s chief development officer, said in a statement: “In response to the extraordinary demand we’re seeing for our latest offer, HQ by WeWork, we’re delighted to add two more locations to its portfolio. Both buildings, at 130 Madison and 483 Broadway, are in prime locations where we are seeing an increasing number of entrepreneurs and growing businesses come in search of creative and collaborative spaces.”

In July, coworking giant WeWork launched HQ by WeWork to provide offices for medium-sized businesses, defined as those with 11 to 250 employees. A month later, WeWork announced its first lease in San Francisco, for just over 17,500 square feet across four floors at 800 Market Street. Commercial Observer reported last month that WeWork inked a deal for a full building, or 100,000 square feet of office space, at 35 East 21st Street for HQ by WeWork. The space was previously Tumblr’s headquarters.