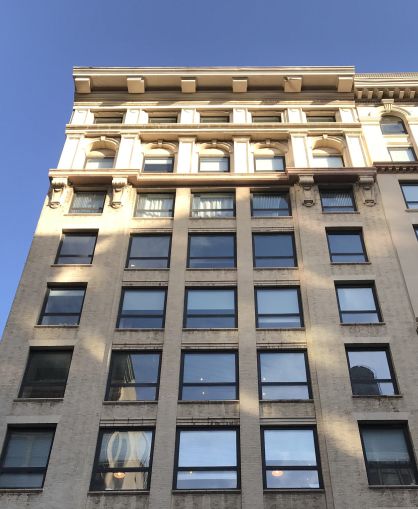 As it continues to expand its services beyond its traditional coworking model, WeWork has inked yet another full-building lease in Midtown South—this time agreeing to take all 100,000 square feet of office space at 35 East 21st Street in the Flatiron District, Commercial Observer has learned.

The 10-story building between Broadway and Park Avenue South will be dedicated to the shared office giant’s recently launched HQ by WeWork offering, which WeWork created with the goal of serving the office space needs of medium-sized tenants—defined by the company as businesses with between 11 to 250 employees.

While the initiative is currently focused on the New York City and San Francisco markets, WeWork said it plans to roll out HQ by WeWork locations in other major cities over the coming months. The company, which expects to take occupancy of 35 East 21st Street in November, aims to have around 1 million square feet dedicated to HQ by WeWork locations across its portfolio by next summer, with WeWork’s space procurement efforts being led by Executive Vice President Arash Gohari.

Asking rent in the deal and the length of the lease could not be confirmed. Daniel Levine of Newmark Knight Frank represented the building’s landlord, Centaur Properties, in negotiations, while WeWork had no outside broker representation.

“Since we launched HQ by WeWork in July, hundreds of companies have come to us looking for private, flexible and cost-efficient spaces,” Granit Gjonbalaj, WeWork’s chief development officer, said in a statement announcing the 35 East 21st Street transaction.

He added that WeWork’s lease for the entire property “builds on the significant footprint we have in Manhattan”—with Gjonbalaj citing his recent announcement that WeWork has surpassed J.P. Morgan Chase to become “the largest private occupier of office space” in New York City. The company has around 5.3 million square feet under lease across roughly 60 locations in the five boroughs.

In a statement, Centaur Properties Founder and CEO Harlan Berger cited 35 East 21st Street’s Flatiron District location just south of Madison Square Park—an area that has drawn enough tech- and media-focused companies to earn the moniker “Silicon Alley”—in describing in as “[having] long been a magnet for innovative companies.”

“We were determined to continue this tradition and are delighted to welcome WeWork, and its members, to the building,” Berger said.

Representatives for NFK could not immediately be reached for comment.