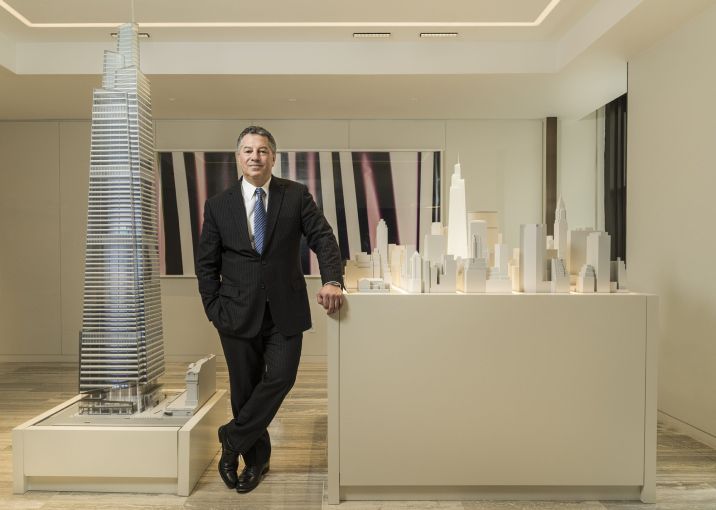 In a breezy, optimistic update to investors and analysts this afternoon, Holliday noted that SL Green is only about 3,000 square feet shy of hitting its leasing target for the year—adding that “everything we do in the fourth quarter is a bonus” as far as its commercial leasing operations are concerned.

Still, Holliday said SL Green expects to report “a strong fourth quarter of leasing” across its portfolio that “should bring us above 2 million square feet of leasing for the year,” which would mean the REIT would surpass its initial 2018 leasing goal by an impressive 25 percent.

The CEO pointed to an overall “healthy leasing market” that has seen a “stabilizing” of the tenant concessions offered by many Midtown-focused landlords, including SL Green, in recent years as a way of attracting new tenants and keeping existing ones in place—particularly in the face of competition from new office construction in the Far West Side and Downtown submarkets.

“The good news is that we have these [leasing] results occuring while new product from the West Side and Downtown has been coming online,” Holliday said.

Elsewhere across the REIT’s business, Holliday noted that the company’s massive One Vanderbilt office development currently under construction next to Grand Central Terminal is “on schedule and under budget.” Steven Durels, SL Green’s executive vice president and director of leasing and real property, cited a “good pipeline of deal flow” at the 1,401-foot-tall tower in the wake of private equity giant’s Carlyle Group’s commitment to take 94,000 square feet at the property this past summer.

Holliday also discounted reports regarding complications arising from a legal battle between Carlyle and Tishman Speyer, its current landlord at 520 Madison Avenue, over SL Green’s agreement to take over Carlyle’s lease at 520 Madison in order to enable the private equity firm’s move to One Vanderbilt. “SL Green is not a party to that lawsuit and it in no way affects the One Vanderbilt lease,” he said.

While SL Green has prioritized a strategy of reducing its corporate debt and shedding “non-core investments,” the company has remained active on the new investment front—with Holliday citing deals to acquire 245 Park Avenue from HNA Group and pick up the leasehold interest in 2 Herald Square as examples of “where we were able to put money to work.”

In turn, the company has also been active on the disposition front, announcing yesterday that it has entered an agreement to sell a 20-unit mixed-use residential building at 1231 Third Avenue on the Upper East Side—which it acquired from Thor Equities earlier this year—as well as a four-property, 31,000-square-foot development site on the same block for a combined price of $143.8 million. (SL Green declined to name the buyer in the transaction.) That deal follows August’s announcement that the REIT was selling its 49-percent stake in 3 Columbus Circle to its joint venture partner on the office building, The Moinian Group, in a deal that is expected to net SL Green proceeds of $223 million.

Finally, Holliday offered his thoughts on the New York City Council’s deliberations over a potential commercial rent control bill—expressing his belief that the problems affecting brick-and-mortar retailers today extend beyond the cost of New York City street retail space. “A lot of these smaller businesses are having a hard time, but it’s not the rent,” he said, citing rising operating costs that include the “increase in minimum wage.”

Holliday also pointed to the city’s property tax system as a bigger issue than the market rents that landlords are demanding for their retail spaces. He noted that while Manhattan retail rents are down across “all submarkets” anywhere from 10 percent to 35 percent, the real estate taxes on those properties “keep increasing at very high, compounded annual rates.”

“We have adjusted our rents in ways that have met the market and been almost immediately reactive,” Holliday said. “Over the course of the past 12 to 18 months, we, as well as other leading landlords, have repriced our portfolios to meet the market. Even with that, a lot of vacancy remains. Rent is only a piece of it, and rent is corrected quickly.”

As an alternative, Holliday said he’d “like to see inserted into this [commercial rent control] bill some kind of incentives for landlords to give breaks to tenants. We do it with affordable housing—why not do it with small business retailers?”