Bob Knakal Explains the Rise and Sale of Massey Knakal 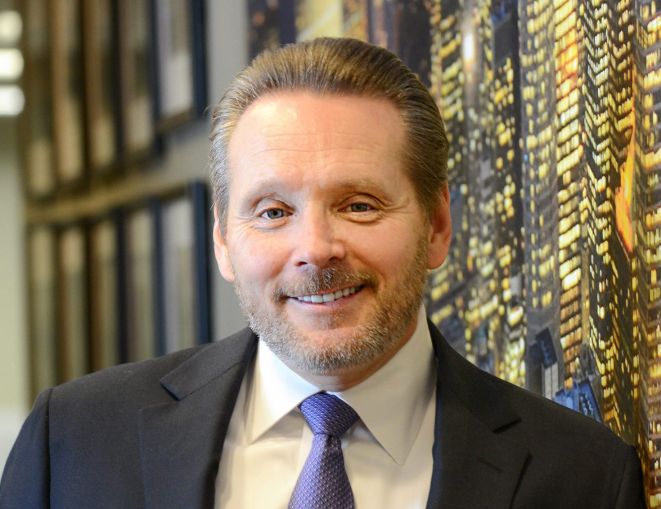 I sit here writing my Concrete Thoughts column for the first time as a member of Cushman & Wakefield. My new title is chairman of New York investment sales for C&W following the sale of Massey Knakal on New Year’s Eve (I cannot say more about the sale at the present time). My friend Peter Grant at The Wall Street Journal described the transaction as “a fairy-tale ending” for the firm which Paul Massey and I started quite a while ago. I disagree. This transaction more acutely represents not an ending but a wonderful new beginning.

During the past couple of months, knowing that this transaction was likely to happen, thoughts about my life at Massey Knakal have been running through my mind with vivid clarity—particularly the early days. Massey Knakal was started on Nov. 15, 1988, and the sale closed 26 years and 46 days later. So how did we get here?

Paul and I had a couple of years of successful brokering under our belts, having started together in 1984 at what was then Coldwell Banker Commercial (the predecessor to today’s CBRE). We had both spent our college summers working as interns in CB’s market research department, Paul in Boston and me in Hackensack, N.J. At that time, CB had about 60 office leasing brokers, but only four sales agents. On my first day, the boss told me to “go follow Massey around. He just started and can get you familiar with things around here.” It was clear the senior sales brokers didn’t have much time to teach the recent college graduates the business so, literally, on my second day on the job, Paul and I decided to become partners and simply split everything we did 50/50. We became best friends in the process.

One day we walked down Madison Avenue to Chemical Bank (what a blast from the past!) and asked for a $250,000 loan to start a new brokerage business. After our banker laughed at us (she was actually very sweet about it), she told us to start the business and come back to her with a three-year track record and maybe she would consider giving us a few dollars.

Dejected, we walked back to the office and spent the next two years strategizing every morning over breakfast. Paul would pull out his pen and, on the back of a napkin, would write down every transaction we were working on and what our expected commission was on each. We came up with a plan to put away a portion of each commission into an account to fund the $250,000 that we felt we needed to start the business. By the middle of 1988 we achieved our goal and were ready to go.

One of the first decisions we had to make was whose name would come first? We were discussing it over drinks at Sir Harry’s Bar in the lobby of the Waldorf Astoria New York. To decide the issue, we decided to simultaneously flip three quarters, best four out of seven. I forget who had heads and who had tails but I do remember that I won the first flip and then Paul won the next four in a row. Massey Knakal was born! (With hindsight, thank goodness. I sometimes misspell “Knakal” from time to time.)

In mid-November of 1988 it was me and Paul and a secretary (our CB boss’ secretary to boot) in an 850-square-foot, 15-month sublet at 16 East 52nd Street with thick, pink, shag carpeting. But by mid-1990 we found ourselves with only $15,000 in the bank and no sales under contract. What to do? We contemplated paying just $5,000 of our most important bills for the next three months; paying $15,000 for next month and seeing what happened, and even thought about going to Atlantic City and putting it all on black. Ultimately, we went to every bank in town and filled out credit card applications. We obtained credit lines aggregating to $60,000 and took cash advances to keep the lights on. We survived off of credit for a year before we ran out of money again and were up to the limits on our credit cards. By mid-1991, the market hadn’t gotten any better and we couldn’t get any more credit. We needed a loan.

We approached a very wealthy client looking for a $75,000 loan, to which he said he would be happy to give us the money. The only catch was that he wanted 50 percent of the stock in our business (sounds like Shark Tank). Dejected again, we approached Paul’s step-father-in-law, Jack Holler, to whom we offered 25 percent of the stock in our company in exchange for the $75,000. Remarkably, Jack gave us the loan, but refused to take the stock as he told us that one day we would be very successful and would regret giving him the equity. For this act of kindness we will be forever grateful.

That loan got us through the next several months but the account was dwindling again. But the market had started to show some signs of life and we signed a contract to sell three buildings on East 50th Street to Fred Shalom. The closing was scheduled for 120 days from signing. So, one day, about 30 days after that contract was signed, I am sitting at my desk thinking about our dire financial position (with no cash, no more credit available and no loan proceeds left)  and I receive a call from Steven Rosenthal, the seller of the 50th Street properties, asking me where I was. I told him I was sitting at my desk. He said, “Well get over to my office, we just closed the 50th Street sale and I have your commission check.” The fee was $120,000 (an enormous fee for us in those days). I grabbed my suit jacket, ran out of the office and as I am approaching Third Avenue, I see Paul walking up the street and I tell him the transaction closed. We literally were hugging each other and jumping up and down on the corner.

And the rest, as they say, is history. The firm went on to sell over 6,000 properties in New York City having a total value in excess of $23 billion. Over the years, we had been approached periodically by potential buyers but really only had interest in selling twice before. Once was in 2000. A national company was making a push into New York and approached us. We wanted $7 million. They offered $6 million and would not increase that amount, explaining that their principals were making 25 percent returns on Internet stocks and wouldn’t pay more. The second time was in 2007. We were negotiating with a large global firm for a sale in the $50 million range but, for a variety of reasons that transaction did not happen.

One of the lessons learned from those experiences was that any buyer would want Paul and I to sign employment contracts for, what would likely be, a five-year period. My bosom buddy turns 55 in February and our instincts told us that buyers would perceive those employment contracts to have more value if we were in our 50s, as opposed to our 60s or 70s. So late 2014 was targeted years ago as a good time to explore a sale, provided the market was not in a recessionary period. With 2014 looking so bright, we decided to explore our options.

We retained investment bankers at Perella Weinberg Partners and our attorneys Proskauer Rose to represent us. Our initial interest was to sell a non-controlling stake. However, it became clear early on that a non-controlling stake would have so many strings attached that a 100 percent sale was a much more palatable alternative. The team at Perella was able to produce 10 parties who made offers for the company. This level of interest, while initially flattering, quickly became a significant time-sponge so we needed to weed the field down to a more manageable number. The Cushman team dealt with us in a remarkably straightforward way. Ed Forst, C&W’s president & CEO, made it clear from the outset that he was very motivated to acquire us. We immediately gravitated towards Ed’s openness. Upon getting to know other members of the team better, including Ron Lo Russo, the company’s New York tri-state president, and John Santora, CEO for North America, our comfort level grew immediately.

Most observers of this process are likely to conclude that the money was what made our decision for us. It was certainly part of the calculus but, more importantly, C&W was the best fit for us and we chose them for that reason. Commercial real estate is a people business and the chemistry was perfect. There were several other significant issues that tipped the scales in C&W’s favor. It was clear to us that the firm’s collaborative culture, impeccable brand and highly ethical and talented people would benefit our professional quality of life moving forward.

Additionally, their “client-only” approach and set of core values, which were the root of Massey Knakal’s success, were congruent with ours. C&W’s aggressive pursuit of this acquisition was indicative of their very ambitious plans to invest in foundation cities globally. We were feeling great about the possibilities.

CHECK OUT BOB KNAKAL’S TOP 10 REASONS WHY HE DID THE CUSHMAN & WAKEFIELD DEAL.