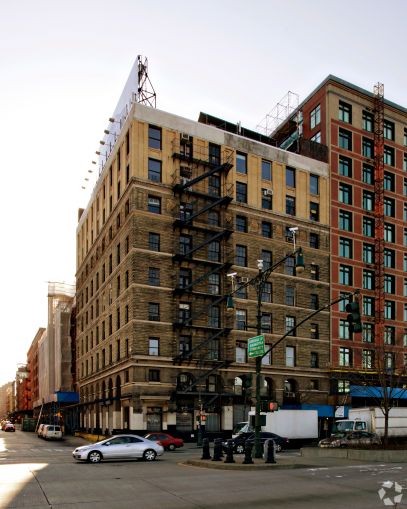 The second through ninth floors of the 61,250-square-foot former warehouse are divided into 25 apartments, according to marketing materials from Cushman & Wakefield. Of the 25 loft units, a few are still occupied by rent-stabilized tenants, but the majority are vacant, according to C&W’s Robert Knakal, who helped broker the sale. Fourteen units are rent stabilized, according to the most recent property tax bill. The property also has 7,000 square feet of vacant ground-floor retail, the brochure from C&W notes.

RFR purchased the building for $16.5 million in 2005, property records indicate. The company filed plans to build an 11-story, 42-unit residential building on the site in 2014. However, it looks like the developer abandoned the project after 67 Vestry’s stabilized residents fought the development plans and attempted to get the building landmarked. A spokeswoman for RFR declined to comment on the sale, and Iliad didn’t immediately return a request for comment.

Knakal along with C&W’s Will Suarez and Jon Hageman represented the buyer and the seller in the deal.

“I think this was a transaction that was good for the buyer and the seller, and the site has tremendous potential,” Knakal said. “It’s an excellent location and there’s tremendous upside on that property.”