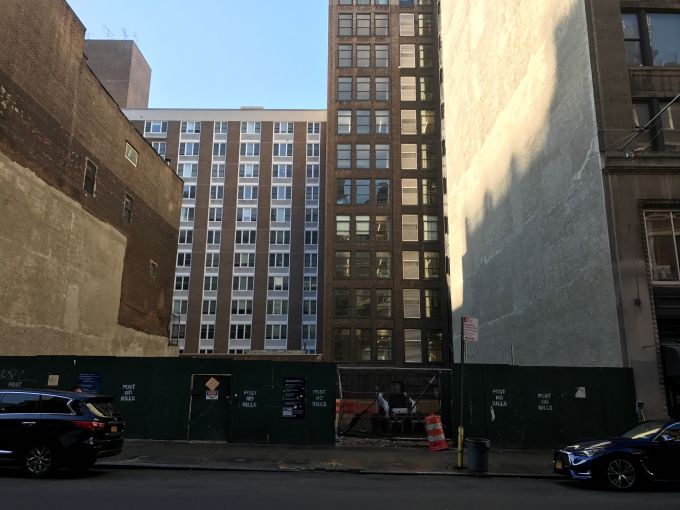 The budget-hotel maven picked up 140 West 24th Street for $61 million and Chang is proposing a Hyatt Place hotel at the site. It will be a roughly 173,000-square-foot 45-story limited-service hotel with 510 keys, he said. Architect Gene Kaufman has been tapped for the design, and construction is slated to commence within 90 days.

In addition, Chang acquired a vacant lot at 154 West 24th Street for $15 million. That will house a one-story, 2,500-square-foot ground-floor restaurant, according to Kaufman.

Chang obtained a $33.5 million acquisition loan from Goldman Sachs for the development site, and a $8 million loan from the bank for the other site.

Although there are no renderings available yet for the hotel, Chang said the hotel will be “identical” to the one he is erecting at 140 West 28th Street. That is a proposed Courtyard by Marriott Springfield. Kaufman said the West 24th and West 28th Street hotels will have the “same layout [and] the same concept.” He added: “We spent a very long time on 28th Street getting it to work out the best way possible so we’re basically adapting that idea for 24th Street.”

The Real Deal reported at the beginning of October that Extell was in contract to sell the sites to Chang, and noted that Chang rejected an adjacent vacant site at 157 West 23rd Street. The Kaufman Organization owns the leasehold for the West 23rd Street building (with Extell subleasing the vacant 4,344-square-foot ground-floor retail space plus 2,147-square-foot basement), and Edison Properties owns the land, but Cushman & Wakefield was marketing the retail portion of the West 23rd Street property along with Extell’s sites.

C&W’s Robert Knakal, who represented Extell along with colleague Brock Emmetsburger, said that the West 23rd Street site could have provided a second entrance to Chang’s hotel. (Chang didn’t have a broker in the deal.)

Extell head Gary Barnett didn’t immediately return a request for comment, nor did his spokeswoman or a representative for Goldman Sachs.