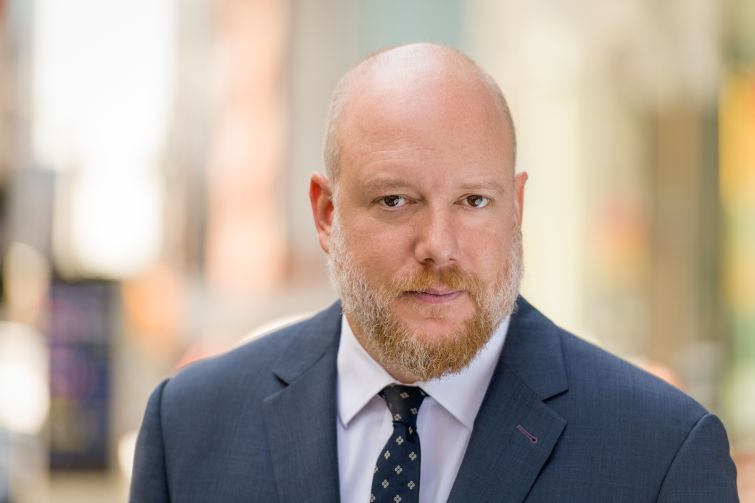 Beard will become the firm’s managing director while Yoon will join as the director of the Brooklyn office, according to Ripco. The pair started at Ripco on Tuesday.

“I know all the guys here at the offices, we’ve done a lot of deals together throughout the years,” Beard told CO. “It was just kind of the right place at the right time.”

Before joining Ripco, Beard worked at RKF for more than 12 years primarily focusing on the Brooklyn retail market. He recently represented OddFellows Ice Cream Co. for its 7,500 square foot lease in Bushwick, Brooklyn, to open a production center, restaurant and bar and oversaw Nitehawk Cinema’s site selection and purchase of the popular brands first Williamsburg location.

“We have long admired Alex’s professionalism and extensive relationships,” Mark Kaplan, the COO of Ripco, said in a statement. “He is a well-respected and knowledgeable broker, someone that perfectly fits the profile of the top performer we are looking to bring into the fold.”

Beard, a Bedford-Stuyvesant, Brooklyn, resident, said he was drawn to Ripco because he was looking for a change and the company’s Downtown Brooklyn offices were closing to his home and his daughter’s school.

In his new job, Beard said he’ll focus on working with younger brokers at Ripco, helping the company grow and continuing to do deals on his own.

Aside from Beard, Yoon—who has 14 years brokerage experience—also joined Ripco as the director of the Brooklyn office on Tuesday. Yoon will focus on landlord and tenant representation in Brooklyn, Queens, the Bronx and Upper Manhattan at Ripco.

“It’s mostly about the culture and the growth I’ve seen from [Ripco] from afar and wanting to be a part of it,” said Yoon. “I’m excited about the opportunity and excited about what the future has in store.”

“Adding Peter allows us to further strengthen an already robust Brooklyn team, which has grown significantly within the last year,” Kaplan said in a statement.

The pair is among a number of key hires Ripco made this tear. a number of hires from Ripco this year. Ripco nabbed Geoff Bailey from SCG Retail in May, Beth Rosen and Emily Simmonds from RKF in April and Eric Fisher from Walker, Malloy & Company in February, as CO previously reported.