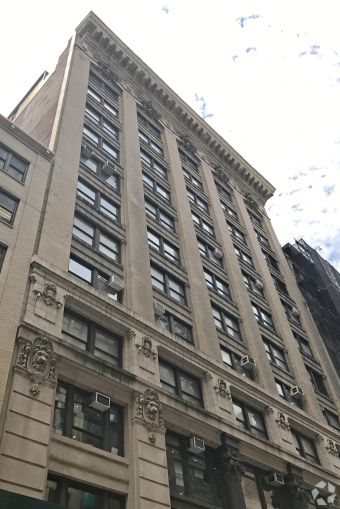 Flexible workspace company Knotel continued its acquisition of space around Manhattan by recently leasing 31,973 square feet in four buildings, including nearly 10,000 square feet in Gramercy, the company announced on Wednesday.

Knotel signed a lease for 9,989 square feet to take over the entire sixth floor of Winter Properties’ 26 West 17th Street between Fifth Avenue and Avenue of the Americas, according to a press release. A spokeswoman for Knotel did not provide the length of the lease or asking rent, but average asking rents are between $55 to $67 per square foot, as per CoStar Group.

Elie Reiss of Skylight Leasing represented Knotel in the deal while Eric Cagner, Greg Wang and Matt Siegel of Newmark Knight Frank handled it for Winter Properties. Reiss and a spokesman for NKF did not immediately respond to requests for comment.

Knotel also recently signed a 4,673 square foot lease for a portion of the Moinian Group’s 90 John Street between Gold and John Streets. A Knotel spokeswoman did not provide the length or the lease or asking rent but CoStar lists average asking rents as $40 to $49 per square foot.

Aside from the new leases, Knotel also expanded its presence in two buildings. The company leased another 8,780 square feet in AR Global’s 200 West 41st Street for the entire eighth floor. Knotel currently has 26,340 square feet in the building between Seventh and Eighth Avenues.

It also took another 8,541 square feet in 5-9 Union Square West for parts of the sixth and seventh floors of GFP Real Estate’s building. Knotel currently has 23,475 square feet in the building.

NKF’s Michael Morris and Greg DiGioia handled the Union Square West deal for Knotel while GFP handled it in-house. A spokeswoman for GFP did not immediately respond to a request for comment.

“These new locations are a key indication of our explosive growth in New York as companies of all sizes begin to recognize that Knotel is a viable—and preferable—alternative to the long-term lease,” Eugene Lee, the global head of real estate and business development for Knotel, said in a statement.

Knotel has been grabbing space all over Manhattan in recent months, including nearly 32,000 square feet across four Midtown South buildings and nearly 20,000 square feet at 250 Hudson Street earlier this month, as Commercial Observer previously reported.