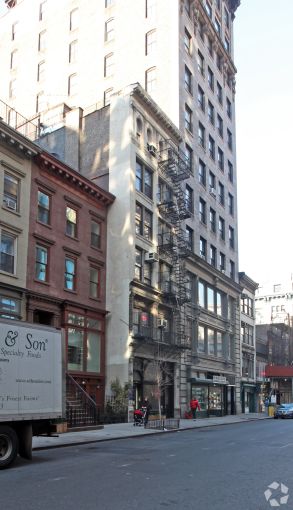 Aside from the Moinian portfolio, Knotel inked a deal to take 11,300 square feet in Elijah Equities’ 307 Fifth Avenue between Madison and Fifth Avenues, it said. Knotel will occupy the ninth, 13th and 17th floor of the building.

Elie Reiss of Skylight Leasing handled the Moinian leases for the tenant while Gregg Weisser handled the deal in-house for the landlord. Asking rents, length of leases and brokers on the 307 Fifth Avenue deal were not immediately available.

“We are seeing incredible demand for our product in New York City,” Amol Sarva, a co-founder and the CEO of Knotel, said in a statement. “Our growth in Chelsea and NoMad reflects the continued interest in flexible serviced office space by established companies and the city’s top owner/managers.”

Knotel builds and operates offices for small to mid-sized companies through flexible, usually short-term, deals. It plans to open its four new Manhattan locations in the fall.

The company has been scooping up space all over Manhattan recently, including nearly 20,000 square feet at 250 Hudson Street and 45,000 square feet at 261 Madison Avenue, as Commercial Observer previously reported. Knotel has more than 1.4 million square feet and 70 locations in New York, San Francisco, London and Berlin. (Disclosure: Observer Capital, led by Observer Media Chairman and Publisher Joseph Meyer, is a Knotel investor.)