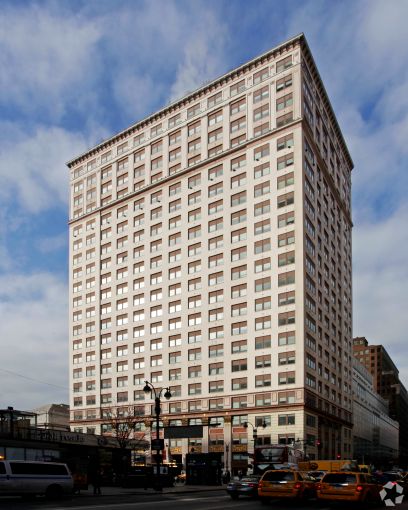 The online retail company inked a deal for 28,977 square feet to take over the entire fourth floor of Haymes Investment Company’s building between West 33rd and West 34th Streets, according to CBRE, which handled the deal for the landlord. The brand will move its headquarters from Atlas Capital Group, Square Mile Capital Management and Invesco Real Estate’s The Factory, at 30-30 47th Street in Queens, by the end of this year.

Asking rent for the space was $70 per square feet but a spokeswoman for CBRE would not disclose the length of the lease.

“The addition of Puma and Gwynnie Bee, two prominent fashion brands, speaks volumes to the diversity of the tenant base at 5 Penn Plaza and to the direction that building ownership continues to move in attracting top-tier companies to the property,” CBRE’s Peter Turchin, who handled the deals for the landlord with Jason Pollen and David Caperna, said in a statement. “Our team is keen on bringing quality tenants to the building that work in a variety of different industries, all of which find tremendous value in being located in the centralized Penn Plaza submarket.”

Larney added that DSNY told them about the possibility of getting an insurance waiver, but his Barwell Terrace neighbors would first have to form an HOA first.

“We were delighted to assist Puma in finding a terrific location for its new office and showroom headquarters in New York,” Gibson said in a news release. “The combination of the recently repositioned 5 Penn Plaza building, the ownership’s hands-on management approach and the office tower’s proximity to Hudson Yards made this property an ideal choice for Puma.”

Gwynnie Bee, billed as an “endless closet,” launched in 2011 and mails out clothing for women to rent for a monthly fee, TechCrunch reported. It later branched out to create a technology platform dubbed CaaStle that allows retailers to launch a similar system.