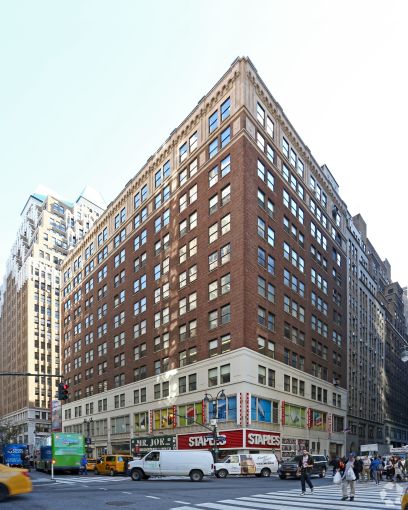 The company has been a tenant on floors four and 12 in the building between West 35th and West 36th Streets for 11 years and has now renewed for 12 years. In addition, the company added the third floor via a lease to run concurrently, according to a spokeswoman for Walter & Samuels. The property is owned by a group led by Walter & Samuels Chairman David I. Berley. The asking rent was $52 per square foot, she said.

The third floor was previously occupied by a Daytop Village outpatient drug program.

“This lease marries my love of real estate to my lifelong interest in Broadway,” Berley, a producer of the Broadway show Waitress, said in a prepared statement. “I’m thrilled that Pearl Spaces will now be able to offer Broadway productions, including Waitress, more space within our building to rehearse for their shows.”

Pearl Studios will build out the space and plans to expand onto the third floor around May 1, the Walter & Samuels spokeswoman noted.