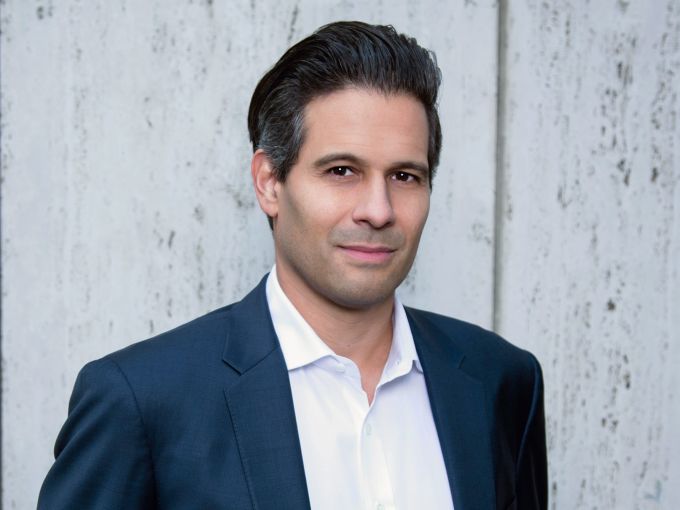 iStar has two causes for celebration this year: the 25th anniversary of the real estate investment trust’s first iteration—a REIT the firm now calls iStar 1.0, which was founded in 1993—and also the results of a banner year in 2017. Last year, the trust posted strong income growth, launched a new company, Safety, Income and Growth, focused on the ground-lease space, and notched upgrades from major rating agencies as it paid down a slew of debt early. Marcos Alvarado, recently promoted to president of the company, spoke with Commercial Observer by phone last week to discuss his new role and the REIT’s path through a maturing business cycle.

Commercial Observer: This month, iStar announced your promotion to president of the company, after you just joined as its chief investment officer in February. How will your role change?
Marcos Alvarado: I’ll still take on responsibility of a chief investment officer, primarily focused on driving our various business lines. As far as additional responsibilities, I would say [they’ll include] overall corporate strategy, capital markets and operations as well.

All three major rating agencies upgraded iStar last year, with S&P and Fitch both raising your rating to BB- from B+. What impact has that had?
I think it was a significant accomplishment for the franchise. First and foremost, it obviously lowers your cost of capital, which in this environment is important. And I think it just signifies the evolution of our business. It shows the rating agencies believe in our direction, in our growth profile, and, ultimately, in the safety of our franchise.

What segments of the market do you like right now as an investor?
We’re relatively opportunistic in our strategy. We leverage where we have core competency, and we also look at underlying asset classes where we think there is growth. On the lending side, I think we have about a $1.5 billion book today. Our goal for this year is to put out an incremental $1.1 billion in capital. We do that in a variety of different fashions: whole-loan lending, both on transitional and construction assets, and then there’s mezzanine, B-note and preferred equity. We’re sort of a one-stop solution for the capital stack.

And in terms of sectors?
We’re focused on asset classes we believe have underlying fundamental growth, with great partners. We’re not in the retail space, but we’re active in the residential space, and we’re shying away a little bit from office, given our view of the fundamentals. But each situation is specific and different.

Does a very mature business cycle preoccupy you, or do you tune out the macro noise and focus deal by deal?
We come at everything with both a micro and macro [approach]. Yes, we’re cautious. There’s a ton of capital in the lending space specifically, so we focus on what we’re good at. We’re highly selective in where we’re investing.

In late June, iStar spun off a new public company, Safety, Income and Growth, focused on ground leases—billed as the first such REIT with that emphasis. What was behind that play?
Safety, Income and Growth [follows] a pattern of iStar’s DNA over time as a public company. We’re always trying to figure out what’s the next big idea, and [this project] was a natural extension of that. The ground lease space is an investment that’s existed for decades, but it’s not institutional: a lot of it was done on a typewriter. We’ve taken a modern approach, which, in its prior form, did not look that way. We’re excited about the future [of this space] and its growth.

How are rising interest rates shaping your strategy for the coming months?
Interest rates are something we’re watching cautiously, because it [determines] how we fund our company. It impacts our liabilities and it also impacts, obviously, values. If interest rates go up, there is a belief that cap rates will come down, so it’s something that we look at every day within our existing book to make sure we’re secure. As we sit here almost 10 years into an up cycle, that cautiousness will pay dividends in the long term.

Last year, you paid down all your unsecured debt for 2017 and 2018 in one go—your next payment isn’t due until halfway through next year. How has that helped?
As a company, we’re both a secured and unsecured borrower. We saw an opportunity in the secured markets to increased the size of our term loans, and correspondingly, we decided to take some maturity risk off the table and pay down some of our unsecured bonds. As any company would, we’re not just looking at the investments we’re doing, but we’re also managing our balance sheet.