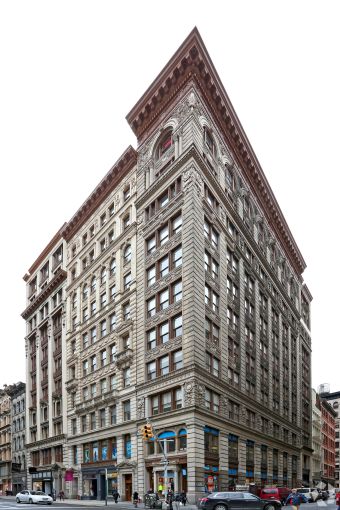 Office provider Knotel has inked a lease for its largest Soho location to date after agreeing to take 49,000 square feet at 530-536 Broadway.

Knotel signed on to take the entire second and third floors and part of the fourth floor at the trio of interconnected 11-story office buildings at the northeast corner of Spring Street, the company confirmed to Commercial Observer.

Asking rent in the deal was $75 per square foot and the office provider’s lease term is for 10 years, according to The Real Deal, which first reported the news of the transaction.

The location at 530-536 Broadway, which spans nearly 195,000 square feet in total, will be Knotel’s seventh in Soho. The company—one of the city’s most prolific consumers of office space since raising $25 million in Series A funding at the start of 2017—also signed deals earlier this year for offices at 40 Wooster Street, 521 Broadway and 584-588 Broadway.

“As one of the most active occupiers in New York City, we are pleased to grow our Soho footprint,” Eugene Lee, Knotel’s global head of real estate and business, said in a statement. Aziz Kabbaj and Robert Chattah of Sitt Ventures represented Knotel in the transaction, while the landlord, a partnership between Jeff Sutton’s Wharton Properties and Joseph Sitt’s Thor Equities, was represented in-house by Thor’s Adam Lavinsky.

In April, Knotel announced that it had sealed a $70 million Series B funding round led by Newmark Knight Frank and the Sapir Organization that valued the company at $500 million.