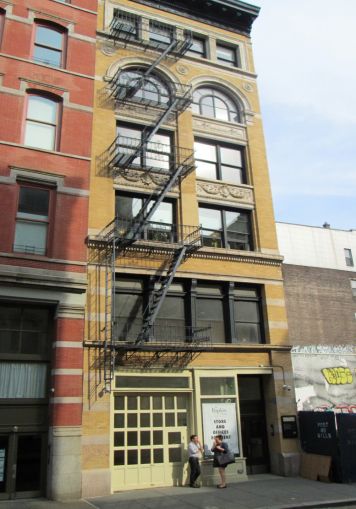 Office provider Knotel has inked a 14,000-square-foot lease for the entirety of the office space at 40 Wooster Street in Soho, the company announced yesterday.

Knotel signed a 10-year deal earlier this month to take the second through sixth floors at the six-story, 17,600-square-foot building between Grand and Broome Streets. The transaction is the latest instance of the office provider leasing out an entire Manhattan office property; in January, it announced a 14,000-square-foot deal for all of the office space at 521 Broadway, also in Soho, and last fall signed a lease for all 25,000 square feet of office space at The Moinian Group’s 55 West 21st Street in the Flatiron District.

Representatives for both Knotel and landlord Northwind Group declined to provide the asking rent in the transaction at 40 Wooster Street. Neither the tenant nor the landlord had outside broker representation in the direct deal.

“We’re very excited about our relationship with Knotel and are happy to have them as a long-term tenant,” Ran Eliasaf, Northwind’s founder and managing partner, told Commercial Observer.

The Financial District-based firm acquired the Soho property for nearly $16.4 million in April 2014 and subsequently filed plans for a residential conversion of the landmarked property, which was built in 1896. While those plans received approval from the city’s Landmarks Preservation Commission in 2015, Eliasaf said Northwind decided not to proceed with a condominium conversion “because we saw the demand for office space in Soho,” and will be maintaining 40 Wooster Street as “a long-term office hold.”

Startup Knotel, which provides office space to mostly small- to mid-sized businesses on flexible, short-term arrangements, has been among the most prolific consumers of Manhattan office space since sealing a $25 million Series A funding round in February 2017. (Disclosure: Observer Capital, led by Observer Media Chairman and Publisher Joseph Meyer, is among Knotel’s investors.)

The company now claims more than 700,000 square feet of space under lease across more than 40 locations in New York and San Francisco. It has said it expects to further grow that footprint to several million square feet before the end of 2018 and has drawn up plans for expansion into global markets like London.

Update: This story has been updated to include comment from landlord Northwind Group.