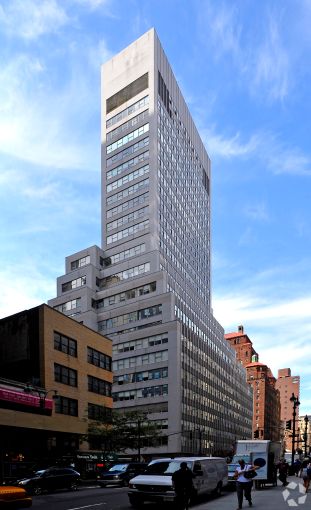 Office provider Knotel is taking just over than 45,000 square feet at 261 Madison Avenue after signing a “management deal” with the Sapir Organization at the Midtown East office tower.

Knotel agreed to lease the entire fourth and 18th floors and part of the sixth floor at the 28-story, 416,000-square-foot building between East 38th and East 39th Streets, the company announced today.

The office provider described the 45,070-square-foot deal as a “management” agreement rather than a lease—an arrangement that is similar to a typical office leasing transaction, but with differing financial terms.

Knotel has declined to elaborate on those specific differences in the past, and a Knotel spokeswoman did not immediately provide comment on the logistics of the deal at 261 Madison Avenue. The company has previously reached management agreements at buildings including 224 West 30th Street and 115 West 30th Street in the Penn Plaza area, where it took roughly 13,000 square feet and 6,000 square feet, respectively, in separate transactions earlier this year.

Asking rent and the length of lease at 261 Madison Avenue were not immediately clear. Neither Knotel nor landlord Sapir had outside broker representation in the transaction.

“Knotel is poised to become the second-largest flexible office provider in New York City,” Eugene Lee, the company’s global head of real estate and business development, said in a statement. As of the first quarter of 2018, Knotel was the third-largest flexible office provider in Manhattan with more than 570,000 square feet of space, ranking only behind WeWork (4.1 million square feet) and IWG (1.5 million square feet), according to a report released by CBRE earlier this year.

Lee added that the company’s “rapid growth” since the start of 2017—during which it’s become one of the city’s most prolific consumers of office space—has been “in direct response to large enterprises demanding customized and ready-to-use spaces on agile terms.”

The deal at 261 Madison Avenue is the first office space transaction between Knotel and the Sapir Organization, Knotel said—though Sapir, alongside Newmark Knight Frank, led a $70 million Series B funding round sealed by the office provider earlier this year.

Knotel now has more than 1 million square under lease across more than 60 locations in New York, San Francisco, London and Berlin, and has raised more than $100 million in funding since 2016.

Representatives for Sapir could not immediately be reached for comment.