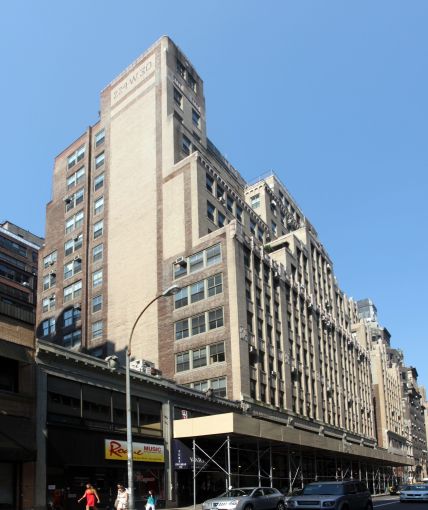 Knotel signed a 10-year deal late last month for the entire fifth floor at the 14-story, roughly 143,000-square-foot building between Seventh and Eighth Avenues, representatives for landlord broker ABS Partners Real Estate told CO. A spokeswoman for the office provider confirmed the deal, but described it as a “management agreement”—though representatives for ABS confirmed that the transaction took the form of a conventional office lease.

“As more businesses embrace Knotel‘s flexible office model, filling dozens of locations across New York City, owners and landlords are increasingly looking to partner with Knotel to manage their spaces and fill vacancies quickly,” Eugene Lee, Knotel’s global head of real estate and business development, said in a statement. “These management partnerships perform successfully across floor plates of all sizes, and are becoming an increasingly important component of our growth strategy.”

While the agreement commenced at the beginning of this month, Knotel does not expect to take occupancy of the space until completing a buildout of the offices. The company provides flexible, short-term office arrangements to mostly small- to mid-sized businesses—though it is increasingly serving larger corporations like Starbucks, which recently took a full floor at a Knotel location at 72 Madison Avenue in NoMad, as CO reported this month.

In a statement, Brod said Knotel’s buildout of its full-floor space will “reflect its brand.” He added that ABS has “been working closely with ownership to transform this building, which is presently comprised of fur showrooms, into a premiere office destination within the Penn Station/Hudson Yards corridor.”

A representative for CJ Net and Mirador confirmed the deal but declined to comment.

Knotel has signed a flurry of office leases across New York City, and expanded into the San Francisco office market, since sealing a $25 million Series A funding round in February 2017. (Disclosure: Observer Capital, led by Observer Media Chairman and Publisher Joseph Meyer, is among Knotel’s investors).

The company claims it now has more than 700,000 square feet under lease across more than 40 locations in New York and San Francisco, expects to grow its total footprint to several million square feet before the end of the year and has plans for further expansion into global markets including London.

Update: This story has been updated to include input from Knotel and a representative for the tenant broker.