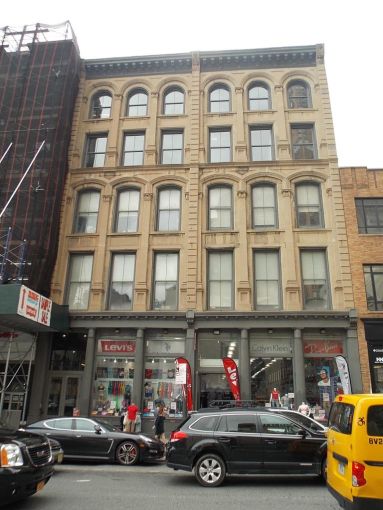 WeWork has leased most of a commercial building at 408 Broadway in Tribeca, nailing down its fourth location in the neighborhood.

The coworking giant has inked a 60,000-square-foot lease at the five-story building, The Real Deal reported. Its space will cover floors two through five. Asking rent and the length of the lease weren’t available.

UAL purchased the building for $28.7 million in 2011, property records show.

Newmark Knight Frank’s Justin DiMare represented UAL in the transaction and declined to comment via a spokeswoman. It wasn’t clear who represented WeWork in the deal.

The lease at 408 Broadway marks WeWork’s fourth outpost in the area. It also has coworking spaces at 11 Park Place, 205 Hudson Street and 53 Beach Street, according to its website.

“Since WeWork opened its first location in Soho in 2010, increasing numbers of entrepreneurs and growing businesses have flocked to neighborhoods such as Tribeca in search of creative and collaborative spaces,” Granit Gjonbalaj, the firm’s chief development officer, said in a statement. “We have kept up with this demand by opening multiple locations in the area, and are pleased to have agreed a new lease at 408 Broadway.”