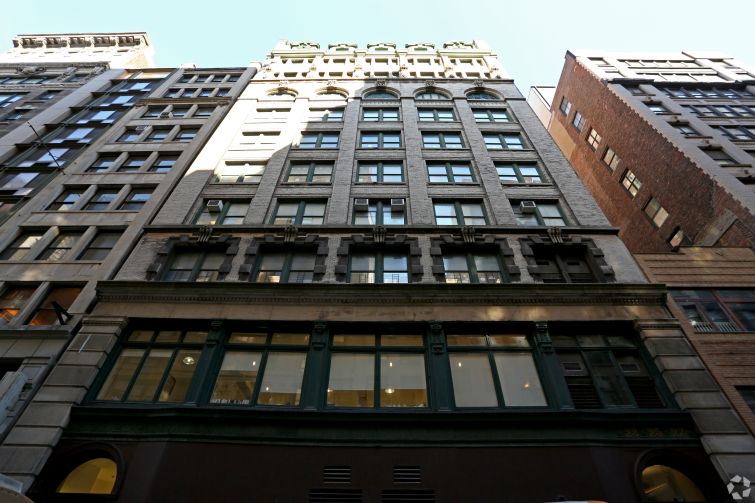 WeWork, the Chelsea-based coworking giant, has signed a roughly 167,000-square-foot lease for a new location at 18 West 18th Street a block from its current headquarters, Commercial Observer has learned.

The company will occupy the entire office portion of the 11-story building between Avenue of the Americas and Fifth Avenue. WeWork will open the location in stages, with the first encompassing the fifth through 11th floors, or approximately 117,000 square feet, this summer, according to information provided by the landlord’s broker, Cushman & Wakefield.

Then it will occupy about 50,000 square feet in the second through fourth floors. Those floors are currently occupied by the Association for Autistic Children, and WeWork will assume the space in a few years, according to C&W’s David E. Green.

“The property is a classic Chelsea loft building with great light and air,” Green, an executive director at C&W, told CO.

Green and colleagues Tara Stacom and Connor Daugstrup handled the deal for 17-18 Management Company LLC, owned by a partnership led by the Schaffer family.

CBRE’s Derrick Ades, Timothy Dempsey and Brett Shannon represented WeWork in the transaction. They declined to comment via a spokeswoman.

Green declined to provide the terms of the deal, and a spokesman for WeWork declined to comment.

WeWork’s current headquarters is located at 115 West 18th Street between Avenue of the Americas and Seventh Avenue. But, the company plans to move its corporate offices to the Lord & Taylor building at 424 Fifth Avenue between West 38th and West 39th Streets. In a joint venture with Rhône Capital, WeWork announced last October a deal to purchase the 676,000-square-foot building from the store’s parent company Hudson’s Bay Company for $850 million, as CO previously reported.

WeWork has 4,400 employees and more than 200,000 members in 212 locations, 66 cities and 20 countries, according to the WeWork spokesman. It has 41 locations in Manhattan with 45,000 members. Last year, the company’s revenue was $900 million and it has a market valuation of $20 billion, Bloomberg Business reported.

Updated: The story has been edited to reflect the accurate square footage of WeWork’s lease at 18 West 18th Street.