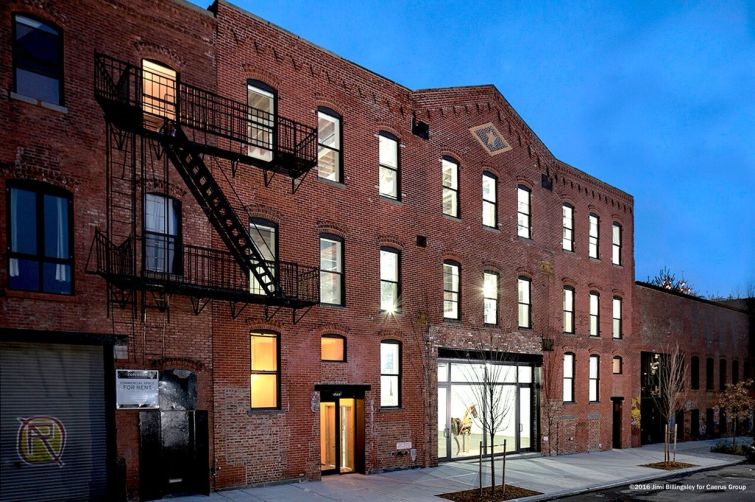 New York University School of Medicine has signed a lease for 16,679 square feet on the ground floor and lower level of Caerus Group’s 74 Kent Street in Greenpoint, Brooklyn, Commercial Observer has learned. The space will be a physical therapy and imaging center for local residents.

The lease, signed last month, is for 15 years, and the asking rent was in the mid-$50s per square foot, according to a spokeswoman for Newmark Knight Frank.

Caerus Group’s Leo Tsimmer said in a prepared statement: “We believe their growing presence in the neighborhood combined with our efforts to bring new life into the Pencil Factory will be of great service to the growing Greenpoint community and create numerous jobs.”

CO reported when Caerus went into contract to buy the building between Franklin and West Streets in August 2014 for $7.5 million. The four-story, 34,000-square-foot building was gut renovated with new mechanical systems, lobby, windows and bathrooms. Only two floors, the second (with 8,218 square feet) and the third (with 6,848 square feet) are available for lease.

Paul Wexler and Josef Yadgarov at the Corcoran Group represented NYU. Wexler confirmed that he and Yadgarov worked on behalf of the school, but declined to comment.