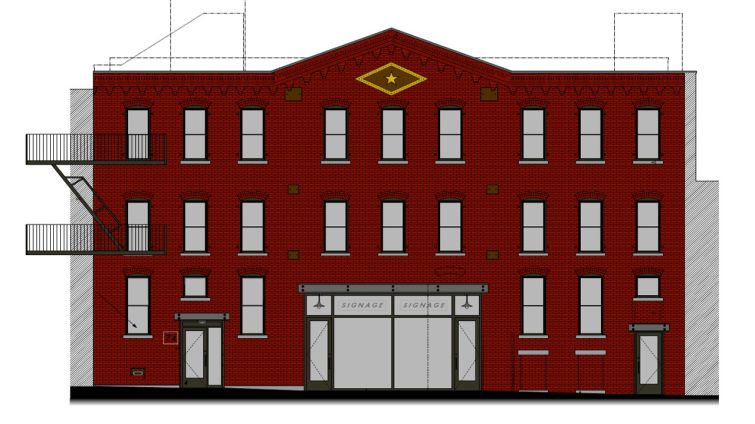 A little over a year after purchasing one of the buildings at the former Eberhard Pencil Factory in Greenpoint, Brooklyn, the owner has put the property up for lease, Commercial Observer has learned.

Caerus Group is looking to lease the landmarked 74 Kent Street between Franklin and West Streets to a single user with a blended asking rent in the $60s per square foot, said Alex Cohen, a commercial real estate broker with Core who is marketing the property along with Stephen Ruiz of Cushman & Wakefield. The 33,372-square-foot property is adjacent to Kickstarter’s headquarters.

“There is no other commercial space in Greenpoint that competes with it,” Mr. Cohen said.

CO reported when Caerus went into contract to buy the building for $7.5 million in August 2014. Since the acquisition, Caerus has redeveloped and restored the landmark with open loft floors and exposed brick. Each floor has outdoor space and there will be elevator access to a 6,000-square-foot green roof.

Construction, which includes a large storefront, is almost complete and the tenant can move into the Hustvedt Cutler Architects-designed four-story building (three floors plus a lower level) at the beginning of the second quarter of 2016.

“Having realized last year the acute office shortage in Greenpoint, we saw 74 Kent Street as a diamond in the rough,” Leo Tsimmer, managing partner at Caerus, emailed CO. “We worked hard with [New York City] Landmarks Preservation Commission to make sure to keep the brilliant intact, while taking advantage of the fantastic architectural features, such as impressive ceiling heights, century-old brick walls, timber beams, an opportunity to create outdoor spaces on every floor and a roof deck with spectacular views.”