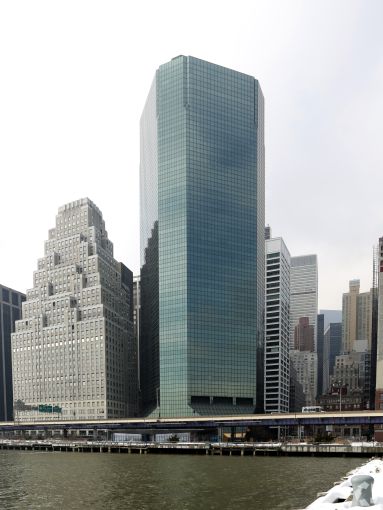 National Debt Relief has signed a 95,000-square-foot lease at 180 Maiden Lane to relocate and expand its offices within the Financial District.

The organization, which helps consumers get out of debt, will take the entire 29th, 30th and 31th floors of the 1.2-million-square-foot building between Pine and Front Streets.

The landlords of the building are Clarion Partners and MHP Real Estate Services, the latter which recently sold 60 percent of its business to Miami-based Banyan Street Capital, as Commercial Observer recently reported. The asking rent in the 13-and-a-half-year deal was $69 per square foot, as per Cushman & Wakefield.

National Debt Relief will move from 11 Broadway where it has 900 employees on seven floors, according to The Wall Street Journal, which first reported news of the deal. It is planning to relocate in the first quarter of 2019.

“This move is one of only a few recent major office transactions where the tenant is actually growing and doubling in physical size as opposed to the more recent trend of ‘rightsizing,’ which results in less overall footage leased,” MHP’s Jesse Rubens, who represented the landlords alongside C&W’s Tara Stacom, said in a statement. “That bucks a trend and is important to the overall health of the commercial real estate market in New York City.”

A representative for National Debt Relief did not return CO’s request for comment. Colliers International handled the deal for the firm, but it was not clear which brokers completed the transaction.

The owners of the 1983 tower at 180 Maiden Lane recently spent $100 million to renovate the building, which is roughly 85 percent leased. New York City Department of Investigation signed a lease last fall for 276,000 square feet in the building, as CO previously reported.