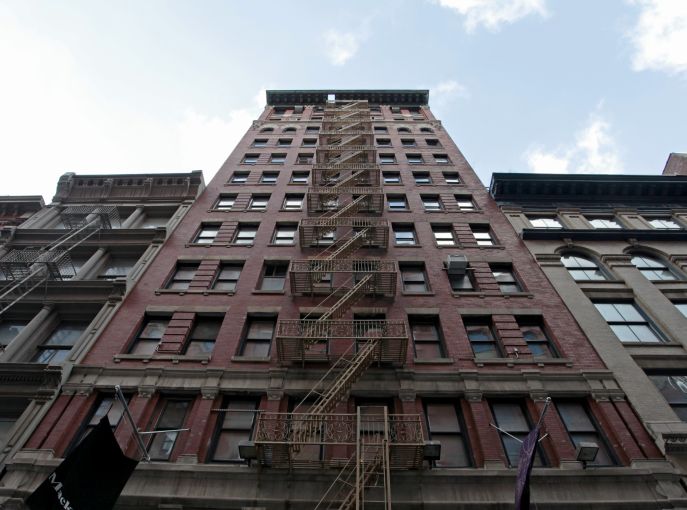 Untuckit inked an 11-year deal for 14,793 square feet of space across the fourth and seventh floors of the 13-story, 220,000-square-foot building between Spring and Prince Streets, according to sources with knowledge of the transaction. The menswear brand agreed to renew its existing 11,684 square feet on the two floors while expanding its offices by 3,109 square feet.

Asking rent in the deal was $75 per square foot, sources said, with Untuckit’s new lease at 110 Greene Street running to 2029. The clicks-to-bricks retailer, which currently has four physical retail locations in New York City, moved its corporate headquarters to the building around two years ago. It has housed its offices on the fourth floor and used the seventh-floor space for storage.

“We’re thrilled to work with Untuckit to satisfy its ongoing corporate growth,” Steven Durels, an executive vice president and director of leasing and real property at SL Green, said in a statement. Durels described 110 Greene Street—also known as the Soho Building—as “a magnet for creative businesses” that is “surrounded by some of the city’s best shopping, restaurants and nightlife.”

Representatives for C&W and NKF did not immediately provide comment.

Other tenants at 110 Greene Street include mobile marketing firm Leanplum—which recently expanded to 9,700 square feet across the building’s duplex penthouse space, as CO reported this week—backpack and travel bag brand Manhattan Portage and Brant Publications, the Peter Brant-owned publisher of Interview and Art in America magazines.