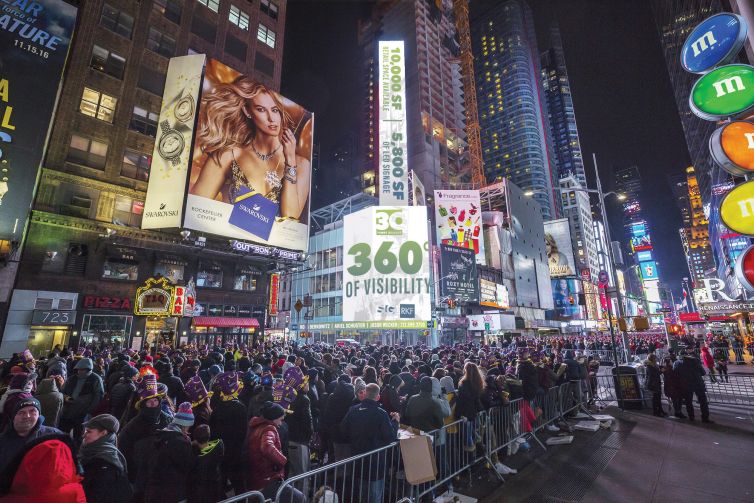 Cosmetics manufacturer Coty, which recently signed a retail deal in Times Square, is opening its first-ever Cover Girl store at the space in the Crossroads of the World, Commercial Observer learned at the International Council of Shopping Centers’ RECon conference.

The store will include a section for manicures and makeovers, sources said.

As CO reported on May 4, Coty leased the five-story building (four stories plus basement) at SL Green Realty Corp.’s 719 Seventh Avenue at the corner of West 48th Street, also known as 30 Times Square. The 10,040-square-foot deal is for 10 years, and will be a flagship location. The deal includes 5,800 square feet of the building’s LED billboards.

CO has learned that the asking rent was $6.5 million per year, sources said.

One source called Cover Girl an “approachable brand” that would appeal to domestic and international tourists.

“People in Times Square are so clearly Cover Girl customers,” he said.

The Cover Girl store makes sense because it’s a brand that sells its products in department stores, which are closing.

The “initiative us driven by marketing not wholesale and not retail,” another source speculated.

“Coty’s commitment to opening a flagship in Times Square is a clear affirmation of the strength of the market. I anticipate many other nontraditional retailers to follow suit,” Schuster said in a statement provided to CO.

Hirschfeld declined to comment while representatives for Coty and SL Green did not immediately return CO’s calls.

The Cover Girl store is expected to open this year.