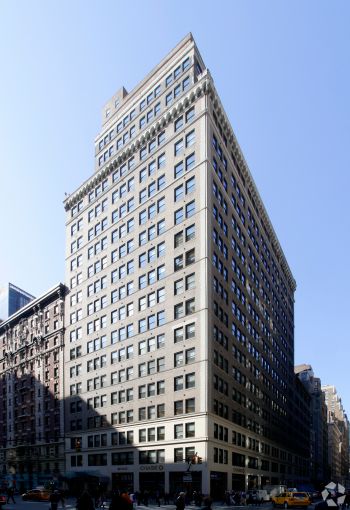 Transfix, a startup that’s been billed as “Uber for trucking,” has signed a new lease to expand its offices in the Garment District.

The five-year-old company will grow from 30,000 to 60,000 square feet at George Comfort & Sons’ 498 Seventh Avenue, The Real Deal reported. The new deal will convert Transfix’s “sub-sublease” to a direct lease and allow it to grow its presence in the building from one floor to two.

Trading network Liquidnet had signed the original lease with George Comfort and subleased the space to Defy Media in 2013. Defy then subleased to Transfix last year. (Liquidnet subleased new space from The New York Times at the paper’s Times Square headquarters earlier this year.)

Asking rent was in the low $70s per square foot, according to TRD. The length of lease wasn’t immediately clear.

George Comfort’s Matt Coudert led an in-house team that negotiated the lease on behalf of the landlord. Savills Studley’s Greg Taubin represented Transfix in the deal. Neither Savills nor the landlord responded to requests for comment via spokespeople.

George Comfort leased 580,000 square feet of the property to 1199 SEIU Healthcare Workers East last year, in an effort to help fill space that will be vacated when advertising firm GroupM decamps for 690,000 square feet at 3 World Trade Center.