Italian Apparel Maker Moving Offices Out of Crown Building, As Retail Moves In 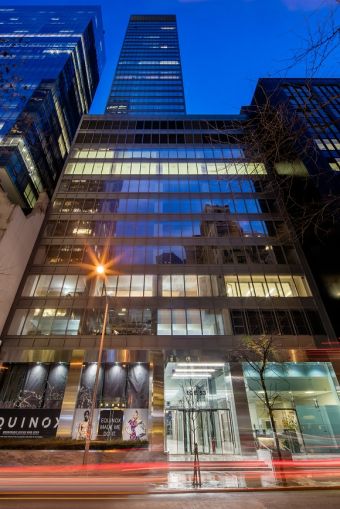 Zegna’s new lease covers the entire seventh floor and a portion for the sixth floor at the 37-story building between Fifth and Madison Avenues. The asking rent in the 10-year transaction was $72 per square foot, according to The New York Post, which first reported the news of the deal.

“We are proud to welcome Ermenegildo Zegna to our growing roster of world class tenants,” SL Green’s Steven Durels said in a statement. “This is yet another endorsement of the success of the building re-positioning as one of the finest boutique office towers in the Plaza District.”

Zegna, known for high-end men’s clothing and accessories, is moving from the Crown Building, which is located at 730 Fifth Avenue between West 56th and West 57th Streets. Zegna signed a 9,000-square-foot lease last year for a flagship retail store at the Crown Building, as Commercial Observer previously reported, which will remain at the building.

Don Preate from JLL represented Zegna in the transaction, while David Kaufman from SL Green represented the landlord in-house. A spokesman for Preate did not immediately return a request for comment.