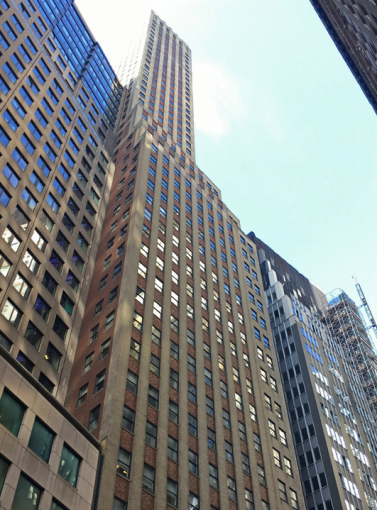 JSM Music, a commercial music production company that has produced numerous Super Bowl commercials and has collaborated with brands including Budweiser, MasterCard, Kraft and Microsoft, is moving even farther Downtown.

The company has leased 7,176 square feet for the entire 28th floor of the 47-story office tower at 30 Broad Street between Exchange Place and Beaver Street, Commercial Observer has learned, and will relocate from 6,500 square feet at 665 Broadway in Noho on Sept. 1. The deal is for 10 years and the asking rent was $63 per square foot, according to information provided by Lee & Associates NYC.

“This award-winning company needed a top-notch space to match their high-profile assignments,” Lee & Associates NYC’s Dennis Someck, who along with Justin Myers and Conor Krup represented the tenant in lease, said in a prepared statement. “The new space is in a fully renovated building with updated lobby and elevators. In addition, FiDi has become a major center for media and production companies and serves as a major transportation hub as well.”

Someck said that the way the company works has changed, rendering their existing layout inefficient. He added: “By building out space to their design they are able to operate much more efficiently. Also, they are able to move to a fully renovated full-service building as opposed to remaining in an old-style loft building.”