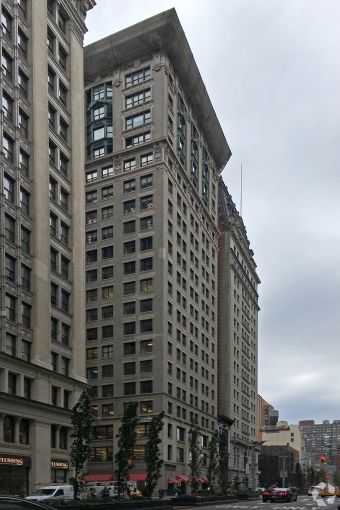 Flexible office space provider Industrious has signed a 14,484-square-foot lease at SL Green Realty Corp.’s 215 Park Avenue South to relocate its headquarters to the same building where it has its only Manhattan location, Commercial Observer has learned.

The company will move to the entire 13th floor of the 20-story property between East 17th and East 18th Streets, according to a spokeswoman for Industrious. It already leased the entire 17,500-square-foot 11th and 17,255-square-foot 12th floors in the building for roughly 35,000 square feet for shared offices for its members, as CO previously reported. All told, Industrious will occupy more than 49,000 square feet of the 330,000-square-foot property.

The new transaction is for three years and the asking rent was $70 per square foot.

Industrious has been growing rapidly and the company recently landed $80 million in a Series C funding led by Fifth Wall Ventures and Riverwood Capital, as CO reported last month.

“We’ve had a very busy year and are excited to continue our momentum coming out of our $80 million funding news a few weeks ago,” Industrious President Justin Stewart said in a prepared statement to CO. “To date, our national team has worked out of the Industrious Brooklyn space, but at the beginning of this year we outgrew our space there.”

The majority of Industrious’ 80 employees will relocate from the headquarters at 594 Dean Street between Carlton and Vanderbilt Avenues in Prospect Heights where it has just under 2,000 square feet for its corporate offices, according to a spokeswoman for the company.

Industrious has 35 locations across the country, and recently reached a milestone with a total of 1 million square feet of space.

CBRE’s Sacha Zarba and Alice Fair handled the deal for the tenant with Katharine Lau, the director of real estate for Industrious. A spokeswoman for the brokerage did not immediately return a request seeking comment from Zarba. Howard Tenenbaum and Gary Rosen represented SL Green in the transaction in-house.

A spokesman for the landlord did not immediately provide a comment.