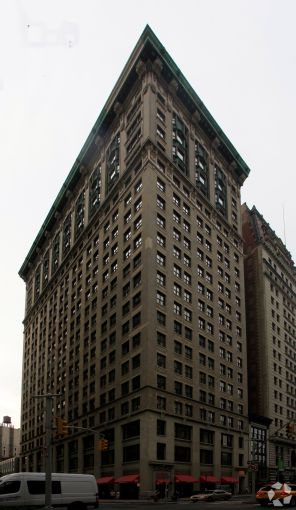 Brooklyn-based Industrious, a coworking space provider with locations around the country, is doubling the size of its lone Manhattan offices, Commercial Observer has learned.

The company, which offers shared work spaces and private suites, signed an early renewal and expansion of its lease at SL Green Realty Corp.’s 215 Park Avenue South, expanding its footprint to 34,755 square feet just a year after it opened the Union Square outpost.

Since opening last year, the location has been very successful, according to Katharine Lau, the company’s director of real estate.

“Manhattan has been a fantastic market for Industrious,” Lau said in a prepared statement. “Many of our members have increased employee headcount, some four to five times, since working from our workspace on the 12th floor.”

Industrious opened its first New York City location in the Prospect Heights section of Brooklyn at 594 Dean Street between Carlton and Vanderbilt Avenues in 2015. The company maintains just two locations in the city. It has 25 active locations around the country.

Industrious’ in-house real estate team represented the company in the transaction, while an SL Green team of Howard Tenenbaum and Gary Rosen handled the negotiations for the landlord.

A representative from SL Green did not immediately return a request seeking comment via a spokesman.