Two other companies sign on for a total of nearly 15,000 square feet at 10 East 40th Street 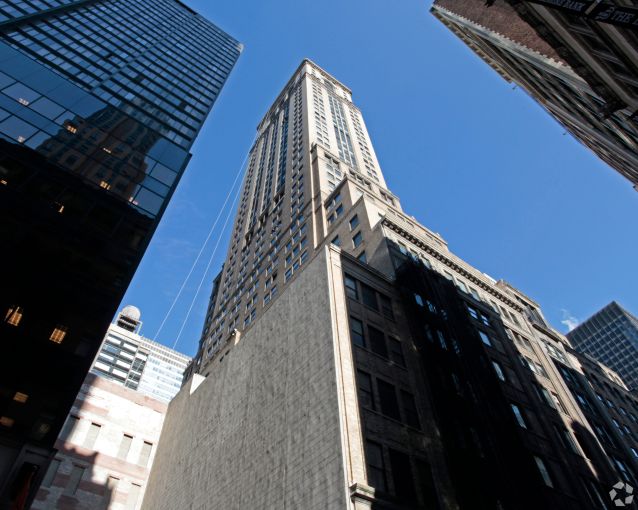 The Echo Design Group, a designer of accessories and home products, has completed a deal to re-up its 25,135-square-foot digs at Joseph P. Day Realty Corporation’s 10 East 40th Street, Commercial Observer has learned.

Echo—which sells to department stores including Bloomingdale’s, Nordstrom and Bed, Bath & Beyond—signed on for an additional 11 years. The space spans the entire 14th and 16th floors of the 48-story tower between Fifth and Madison Avenues. Asking rents in the building average in the low-$60s per square foot, according to information provided by the landlord.

“Centrally located in Midtown East, 10 East 40th Street is the ideal building for tenants looking to establish and advance their brands in the heart of Manhattan,” Richard Teichman, a senior vice president at Joseph P. Day Realty, said in prepared remarks. “Recently renovated, the premier tower offers prime commercial space with unmatched accessibility to Bryant Park, Grand Central Terminal and the rest of the city at a competitive price per square foot.”

Adam Nelson of Cushman & Wakefield handled the transaction for Echo.

Echo is not the only company to recently sign a lease at the tower.

Recruiting firm CPI inked a 7,500-square-foot lease on the entire 40th floor of the building. The company is relocating from its current location at 11 West 42nd Street in the second quarter of the year, the landlord noted. Joseph Genovesi of Savills Studley handled the transaction for CPI.

“10 East 40th Street offered a convenient location near Grand Central [with] impeccable views and the opportunity to house the firm’s employees on one floor,” Genovesi said in a statement. “Joseph P. Day worked with us to structure a competitive transaction on a top floor in the building that will serve as a catalyst for CPI’s future success.”

Sigma7 will take part of the 17th floor of the building in the next few weeks. It is relocating from 261 Madison Avenue between East 38th and East 39th Streets. Brian Kapchan of Douglas Elliman Real Estate represented Sigma7 in the deal.

“The building is centrally located, providing their employees with convenient transit access to Grand Central [Terminal], Penn Station and Port Authority,” Kapchan said in a statement about why Sigma7 chose to move its offices there.

Teichman and Richard Brickell of Joseph P. Day Realty handled all of the deals for the landlord in-house.