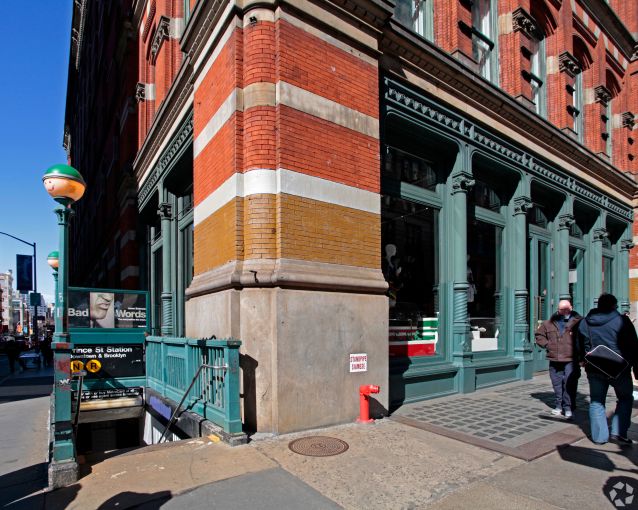 Codecademy, which provides online computer coding skills for free, is relocating its headquarters to larger offices in a different neighborhood, Commercial Observer has learned.

The company, launched in 2011, signed a five-year sublease for nearly 21,000 square feet on the fifth floor at 575 Broadway at Prince Street, Codecademy’s brokers told CO. (Yup, 575 Broadway is the building where Prada set a Soho record in 2013 when it renewed its ground-floor retail space at $1,025 per square foot.) Landlord A.R.I. Investors has an asking rent of $74 per square foot in the building, as per CoStar Group, but it wasn’t clear what the sublandlord, Code and Theory, was asking for its space.

Codecademy, which is used by more than 25 million people globally who are looking for career upgrades, was seeking a larger space due to rapid recent growth, according to information provided by NKF. On March 1, the company will move its headquarters to 20,987 square feet on the fifth floor in the Soho building from an 8,800-square-foot space at 49 West 27th Street. CO reported in November 2012 when the company inked a five-year lease for 8,700 square feet in the West 27th Street building for its first offices.

NKF’s Bernard Weitzman and Eric Cagner represented the subtenant in the deal, while JLL was the agent for Code and Theory, a creative digital agency. It wasn’t immediately clear who from JLL worked on the deal.

Weitzman said in prepared remarks: “575 Broadway is a very unique landmark building with exposed brick and high ceilings throughout. This sublease will accommodate our client’s growth with expansion space for the future.”