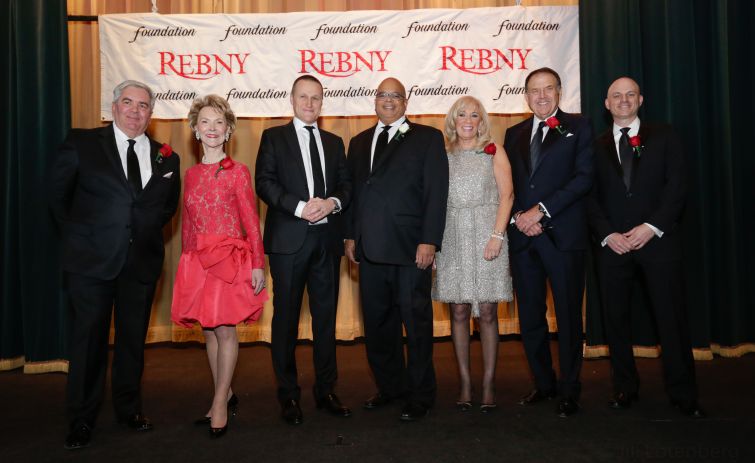 Despite a tumultuous year for real estate—with investment sales falling off a cliff, retail suffering due to e-commerce and banks tightening their lending—it was a night full of splendor, high spirits and big names at the Real Estate Board of New York’s gala yesterday.

The 122nd annual REBNY banquet at the New York Hilton Midtown at 1335 Avenue of the Americas featured a power-packed list of politicians, developers, brokers, bankers and other professionals. Many in the room expressed optimism for 2018 to Commercial Observer.

However, Bruce Mosler, the chairman of global brokerage of Cushman & Wakefield, later expounded that economic factors are positive and things seem to be looking up for 2018.

While nearly 2,000 partygoers hobnobbed at the cocktail hour before the award presentation, members from the Campaign to Stop REBNY Bullies rallied in front of the hotel against the trade organization.

United States Senator of New York Chuck Schumer, the only politician being honored with the award last night, was busy in Washington, D.C., with Congress trying to pass a spending bill to avoid a government shutdown. (He earned the John E. Zuccotti Public Service Award.)

And Elizabeth Stribling, chairman of Stribling & Associates, received the Bernard H. Mendik Lifetime Leadership in Real Estate Award. In her speech, Stribling recalled having known Mendik and what it was like attending the REBNY banquet for the first time.

“It was exactly 50 years ago tonight that I first attended my first REBNY gala as a 21-year-old rookie broker,” she said. “I was starstruck. And I still am.”